A new study confirms what building owners may have long suspected: being green pays off. 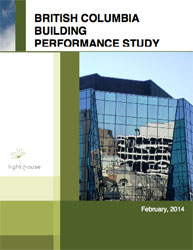 By earning green building certifications such as BOMA BESt, existing buildings are reducing their energy use by up to 25 per cent in three years, according to the newly released BC Building Performance Study.

The study is the most comprehensive of its kind in Canada and examined energy, water and waste performance for hundreds of certified green buildings and non-certified buildings across British Columbia.

The study was meant to evaluate not only the performance of buildings in the province, but also to provide insight into the potential impact of third-party rating systems on achieving public policy objectives.

In B.C., buildings account for two-thirds of all energy consumed as well as 41 per cent of the province’s total greenhouse gas emissions.

How are buildings performing?

Curtis Dorosh, senior project manager at Light House – the not-for-profit research firm that helped carry out the study – said in a statement it’s important to know how buildings are performing so that efficiency efforts can be targeted.

“Plus, building owners want to know how their buildings compare within their own portfolios and to their neighbours,” Dorosh noted.

The study will help building owners and managers understand the advantages of seeking green building certification for their existing buildings and for benchmarking the performance of their buildings against others.

Beyond obtaining green certification for new buildings, an increasing number of owners are attempting to certify the operations of their existing buildings. Between 2009 and 2012, BOMA BESt certification doubled across Canada.

The study found that adaptation of certification systems seems to set buildings on a path for continuous improvement and operational savings, regardless of the building’s age or current performance.

According to the research, bringing up the bottom quarter of buildings to the median energy use intensity would reduce B.C.’s total energy consumption by as much as five per cent.

Light House said that fact would be of particular interest to municipal governments, which are starting to focus their greenhouse gas emission reduction efforts on existing buildings after years of targeting new construction.

The study made several key recommendations, including that building owners should have access to energy consumption data from utilities; the reporting of building energy, waste and water data should be mandated; and that efforts and support should be focused on class-B and C office buildings and residential buildings.

Light House carried out the study with BOMA BC, Metro Vancouver, the City of Surrey and the Capital Regional District.