Canada LEEDs the way in green construction outside of the U.S. 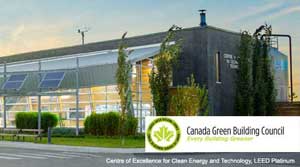 The USGBC’s international list, with China and India in the second and third spots, respectively, showed the “global adaptability of the world’s most widely used and recognized system guiding the design, construction, operations and maintenance of green buildings.”

“The global community is increasingly recognizing the imperative for action as we combat the extraordinary challenge of worldwide climate change,” Rick Fedrizzi, USGBC president, CEO and founding chair, said in a media release.

“LEED’s success in Canada represents not only a growing recognition of its demonstrated benefits for human health and operational cost savings, but also its unparalleled potential to be part of the solution to a warming planet and rising sea levels.”

Projects on the rise

According to the list, Canada has 17.74 million GSM (gross square metre) of LEED-certified space and 4,068 LEED certified and registered projects. China is next with 14.30 million GSM and 1,638 projects, and India sits at 11.64 million GSM through 1,657 projects.

Among the notable Canadian projects mentioned is the TD West Tower at 100 Wellington St. W.  in Toronto (Property Biz Canada, April 22, 2014).  Constructed in 1974, with more than half a million square feet of rentable area on 32 storeys, it was the first project in Canada certified LEED Platinum under the Existing Buildings: Operations and Maintenance program.

“2014 is a significant year for the CaGBC with the increasing number of projects certifying in Canada and with the ongoing transition to LEED v4, which is creating a lot of excitement in the industry,” Mark Hutchinson, director of green building programs for CaGBC, told Canadian Property Management.

The USGBC announcement of the top 10 says “collectively, more than 59,000 commercial and institutional projects are participating in LEED, representing 967 million GSM of construction space worldwide.”

Among these are educational institutions like London, Ontario’s Western University, which has “established an operational policy that all new building construction and retrofits will achieve a minimum LEED (Leadership in Energy and Environmental Design) silver certification.”

Almost a quarter of RBC’s  global office space (two million sq. ft.) is LEED certified and it has made a commitment to growing that number.

Within the U.S., Illinois is the No. 1 state in the per capita square footage category, “jumping from fifth to first in this year’s Top 10 States for LEED ranking from the USGBC, supplanting perennial winner Washington, D.C.” California leads in the total projects category with 595 at almost 73 million sq. ft. with New York second with 259 projects and almost 38 million sq. ft.

In some parts of the world, UK-based BREEAM (BRE Environmental Assessment Method) seems to stack up as the assessment tool of choice  and figures predominantly in Europe, accounting for some countries notably missing from the listing.

The BREEAM website calls its certification the most widely used ‘scheme,’ popping up in more than 50 countries and with more than 250,000 buildings certified since its inception in 1990.

In Canada and the U.S., Green Globes (based on the 1996 CSA publication of BREEAM Canada, and developed in 2000 by ECD Energy and Environment Canada) is also used as a green building rating and certification tool.