In just a few years, the Ottawa-based Construction Resource Initiatives Council has grown from an idea about cutting waste produced by the construction industry to a robust organization with international aspirations.

Still a volunteer-based organization based in Ottawa starved of funding, the CRI Council has a number of significant achievements under its belt.

The council has launched a drywall recycling program in Eastern Ontario that seeks to reduce the amount of drywall that ends up in landfill from new construction or from renovations initiated by tenant churn.

The council has also developed and introduced its Mission 2030 Zero Building Waste Initiative “for Zero Impact Growth” and is an official partner of the United Nation Environment Program’s Global Partnership on Waste Management in this space. The effort is intended to eliminate construction, renovation and demolition waste headed to landfill by 2030. 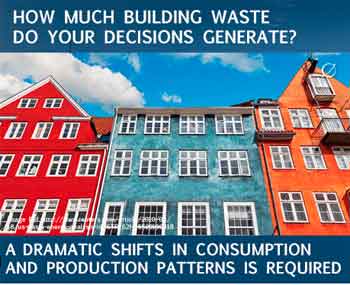 “The most important milestone that we have reached so far is official partnership and recognition by the United Nation’s Environment Program and the launch of Mission 2030 in February,” said Renée Gratton, founding president of the CRI Council.

Mission 2030 is also a finalist in the MIT Climate CoLab contest this fall, an international effort which seeks to address practical ways to address climate change.
The group was also recently part of Metro Vancouver’s National Zero Waste Council. Gratton was involved as an advisor in setting up the West Coast organization and is now an inaugural director with that group.

On its website, CRI Council states “Canada may well hold the dubious honor of being the largest per-capita landfill contributor in the world.” and that a great deal of effort needs to be made to reverse trends that are actually worsening in the country’s most populous province.

According to the Ontario Auditor General, while residential diversion is improving, industrial, commercial and institutional (IC&I) diversion (which accounts for two-thirds of the overall waste stream, and includes construction and demolition) is in fact decreasing. Conformance to Ontario’s 3Rs Regulations for Construction and Demolition is a dismal 13 per cent – due to a lack of awareness and education on issues, regulations, impacts, services, costs, etc.; and regulations or enforcement specifications.

Gratton sees the mission of the CRI Council to reduce waste as a lengthy one.

“I think it is going to be a couple of years to move the needle because getting the problem known and raising awareness is really just the start. we have to communicate how big the problem is and then have people adopt it.

“I know it has moved the needle with people who have come on board,” she added. “They have never done a waste-management plan before and told us ‘we have completely changed the way that we do things.’ We know that once we get people on board, we make that needle move. But on the overall scope of things, it will take some time.”

A robust waste reduction plan can cut construction or renovation waste by more than half, she said. “There are some (construction companies that are right now looking at 50 per cent and we know that if they work with us we can easily take them to 85 per cent.

“We can make that jump because most people tend to look at the waste after it becomes waste and we do a lot of prevention work. So when you take that into account, it actually adds up quite quickly.” 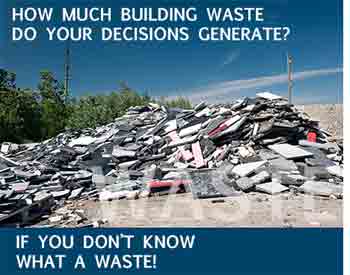 Though it is based in the nation’s capital, the CRI Council has not received any government support, which it continues to seek.

Just a few years into its operations, the CRI Council has taken an association approach to working with construction industry participants, rather than try to work with each and every construction company. “What we have done is work with associations rather than one-on-one with companies because you can imagine how many hundreds there are.”

That said, it has made inroads with some of the biggest names in the business, such as Minto Developments, PCL Construction, Modern Mechanical Systems and EllisDon Construction.

“We have spent more time with the design community to start because contractors react more than they are proactive, other than a few big ones,” she explained. “If it is not specified, they will not put it in.”

As well, working with business consultant www.thefiosgroup.com The Fios Group, the council has developed a workshop dubbed Waves of Change which is geared toward design and construction professionals.