“I think there is a growing dissatisfaction with LEED,” said Michael Geller, an architect, planner, property developer and past president of the Urban Development Institute BC.

“Although it is still the current benchmark, if I could put it this way: so is Blackberry. And today I just traded in my Blackberry for a Samsung. I went from a Canadian system to a Korean system because it’s better. I think we’re going to see similar approaches with both the rating system and also to making buildings more sustainable.”

Sustainable building rating systems promises to be one of the hot topics at the fourth annual SustainaBuild Conference in Vancouver on Oct. 30. Geller is one of the scheduled panelists at the morning discussion “The sustainable experience 20 years on – What have we learned?”

Some of the questions being posed in that session are around the four main green building rating systems in Canada: LEED, BuiltGreen, BOMA BESt and the Living Building Challenge.

The presenters will discuss how well such buildings have performed relative to their design, whether the cost of greening a building pays off, and what the last 20 years might say about the next 20 to come.

Geller criticizes LEED as having a cumbersome certification process that takes time, is costly and that doesn’t always perform the way it’s supposed to perform. He contends that it’s possible to get a LEED rating without necessarily having an effective, energy-efficient operating system. 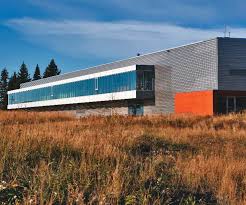 “LEED is a very rigorous system. It has proven itself in the marketplace,” Mueller said.  “If you want to get LEED certification, you have to demonstrate that you’ve done the things that you were supposed to do and if you do it for the first time, it takes time.”

Mueller said the LEED system is built on a certification process.

“In university, you don’t get a mark until you write an exam, and we introduced the system that provides rigor to the building industry to increase the environmental performance of buildings,” he said.

Although the initial investment in LEED may require time, cost and effort, Mueller said in the last three years costs have come down quite considerably for LEED buildings.

“Initially, everything takes longer, but I have great faith in the building and development industry that they’re figuring it out and they will reduce the cost more and more to get to the level of certification,” Mueller said.

Despite criticisms, LEED remains one of the leading certification standards in Canada. More than 1,000 LEED buildings have been certified in Canada and 4,000 registered, the second-highest number in the world.

On its website, the CaGBC says that LEED certified buildings in Canada have produced energy savings of 1,600,321 eMWh equivalent to enough energy to power 54,307 homes in Canada for a full year, and a reduction of  312,006 CO2e tonne  in greenhouse gas emissions, equal to removing 58,980 cars off the road for a year.

The CaGBC notes that LEED as a rating system is recognized as the international mark of excellence for green building in 132 countries and says “LEED works because it recognizes that sustainability should be at the heart of all buildings – in their design, construction and operation.”

LEED as a condition of zoning

Geller takes issue with the way LEED is being used in Vancouver, where a developer’s promise to deliver a LEED Gold or Platinum-certified building can secure rezoning for a larger structure. “No one ever intended it to be used that way,” Geller said.

Mueller pointed out that the City of Vancouver, concerned about the lack of environmental performance of civic buildings, wanted to take some action to encourage better standards. “We were supportive of that, for the simple reason that the industry had about 10 years before LEED arrived to make some changes, but those changes hadn’t really happened.”

Mueller noted that in Vancouver, 60 per cent of carbon emissions are associated with buildings, so the city had a very strong interest in buildings and saw LEED as an agenda for innovation.

Is location under-emphasized in LEED?

Geller believes too much emphasis is put on energy performance with not enough emphasis on other considerations. “Is the building served well by public transit?” he asked rhetorically. “I find it troubling that buildings in the middle of nowhere that can only be reached by private auto can still achieve a high LEED rating.”

Geller proposes that other systems might be worthy of consideration. He cites Eco2Cities as one example. A World Bank program, Eco2Cities incorporates integrated and collaborative planning and management to improve urban sustainability.

Another example Geller gives is a system in Brazil, which looks at more than 100 indicators under 12 different themes to improve sustainability.

“If we want to make real progress, we need to change,” Geller said. “We need to review our certification standards, but we also need to honestly focus on our own behaviour.”

Other topics up for discussion at the SustainaBuild Conference will include transit-oriented development, local trends in sustainably planned neighbourhoods, the best materials used to create the “ultimate” sustainable building, and barriers and opportunities in building sustainable cities.