Following the lead of major U.S. cities such as New York and Chicago, Toronto has begun the process of implementing a city-wide scheme to measure the consumption of energy and water in office and multi-residential buildings. 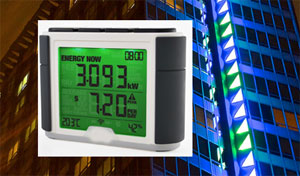 If the process goes as observers expect, a program could be in place by the fall of 2016. The City of Vancouver has begun a similar process and the two burgs look to be vying for the honour of being the first Canadian city to put such a plan in place.

In the case of Toronto, the municipality’s parks and environment committee has agreed to go to the city’s governing council next year with “a proposed bylaw and implementation plan for establishing a mandatory ‘Annual Energy and Water Utilization Reporting Requirement‘ for large buildings, including for promulgation, support for delivery and compliance, and access to and use of the information.”

The committee also directed various departments of the city to consult with building owners, property managers, experts and key utilities, among others.  An interim report will also be created in time for the Parks and Environment Committee’s meeting in August.

Don’t expect it to be universally popular. “Certainly there are going to be some owners who will resist this,” said Michael Brooks, CEO of the Real Property Association of Canada (REALpac). “But having said that, it is likely inevitable.”

The REALpac chief predicts opposition will come from “building owners who have not kept up with energy-saving improvements for their building and will be revealed as being high consumers of energy through this process.  At least as far as their Portfolio Manager i.e. Canadian Energy Star score is concerned.”

Availability of the data could see a publication such as Toronto Life magazine publishing a list of the biggest energy-hogging buildings in the city, Brooks said.

Having the energy and water consumption tallied and posted for everyone to see may also be a boon to owners of high-performing buildings looking to lease space or even sell properties in their portfolios.

Brooks, who has researched the implementation and reception of similar building measurement schemes in the U.S., noted that the effort has not been universally embraced. BOMA Chicago opposed it, he said, on the grounds smaller landlords would have difficulty affording the upgrades necessary to keep competitive in a suddenly transparent marketplace.

“I think some of the challenge over the next year is to look at what the push back was in the U.S. in all the major cities who have implemented this,” he said.

“What are the learnings from them having done it for a year or two so that when we build Toronto’s model we can build `building modelling 2.0.’”

Gaining widespread acceptance could include measures such as financing schemes to enable owners to improve their buildings, education and training programs and consultants who understand the challenges and can assist owners with implementation, he added.

In the U.S., the programs have targeted buildings larger than 50,000 square feet.

A number of big U.S. cities have been running building measurement programs for several years. Their lead over Canadian cities can be attributed to the fact that the U.S. has had a mature Energy Star benchmarking system for about a decade while the Canadian equivalent came into operation in July.

Canada’s largest building operators are generally in pretty good shape with regards to getting ready for annual measurement of energy and water usage as their newer buildings likely already measure energy usage under the Energy Star benchmarking program.

“The big guys have staff, they have been at this for several years, they have probably already gone through the data collection phase,” Brooks said. “They are collecting energy data, they are working with consultants, they are starting to manage their buildings, they do have a capital expenditure program or a training program or a bonusing program in place.”

What will be interesting, said the REALpac CEO, is what the building owners decide to do with the older properties in their portfolio.

While it’s referred to as building labeling in commercial real estate it is somewhat misleading, noted Julia Langer, CEO of the Toronto Atmospheric Fund.

“It is not about labelling per se, it is really about reporting energy use and water use . . . and then to ideally have a mechanism to benchmark like buildings,” said Langer, who describes Toronto as a “fast follower” behind U.S. efforts.

TAF, as it is commonly known, is an independent agency supported by the City of Toronto to seek solutions to climate change and air pollution. It will also be a major player behind the development of the new program.

While TAF and other government and industry players are at the beginning of a long and complicated process, Langer stressed that whatever program comes out at the end needs to be easy.

“That is the main thing that comes out when you consult and take the temperature of the sector,” she said.

The city participants have yet to recommend a cutoff with regard to size of building but Langer noted that the 50,000-sq.-ft. size threshold resulted in the capture of 80 per cent of the market with only five per cent of the players.

The TAF chief estimates it would take about four hours work to create a Portfolio Manager account for each building. Portfolio Manager  is the Canadian Energy Star program operated by Natural Resources Canada that was adapted from a similar program created in the U.S.

She hopes that utilities (electricity, natural gas and water) will be enthusiastic participants and will do their own usage data collection for buildings, a process she said would be relatively simple.

“We’re deeply committed to making this easy, accessible and meaningful and valuable for the buildings,” she said. “Why do they want to do this? So that they can target their programs, so that the utilities can target energy-conservation and water-conservation programs. So that you can sell your building better.”