Natural Resources Canada (NRCAN) has expanded the use of its online tool to help the Canadian building sector benchmark its energy use. ENERGY STAR Portfolio Manager, previously only available for K-12 schools and commercial offices, is now being offered to hospitals. 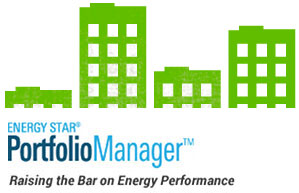 Portfolio Manager was developed by the U.S. Environmental Protection Agency (EPA) and has been adapted for use by Canadian property owners.  It is designed to allow users to track energy and water consumption for one building or an entire portfolio through an online, interactive program. It claims to be the only Canadian standardized energy benchmarking platform utilizing a national data set.

Adapting the program has meant the inclusion of Canadian locations, sources of energy, greenhouse gas emissions (GHG) factors unique to Canada, enhanced Canadian weather data acquired through more than 150 Canadian weather stations, use of metric units and availability of the program in French.

More than 4,800 American hospitals benchmark their energy use with Portfolio Manager, according to NRCAN’s website and about 80 Canadian hospitals are already using the program.  NRCAN says the program enables hospitals to “manage their energy more responsibly and turn energy dollars into health care dollars.”

Sunnybrook Health Sciences Centre has been  monitoring and benchmarking energy use and intervening when spikes in usage occur. Energy retrofits have included upgrades to the chiller plant, boilers and ventilation system. Sunnybrook has also built a solar wall – the largest installation of solar photovoltaic (PV) panels at a Canadian hospital. Sunnybrook’s energy retrofits will save $2.6 million and significantly reduce GHG emissions.

The Women’s Health Centre installed solar thermal panels on its roof and made energy retrofits that include upgrades to lighting and the building automation system. Grey water is used to cool magnetic resonance imaging (MRI) machines and the hospital is also investigating construction of a cogeneration plant.

At the University Health Network (UNH) which includes the Toronto General Hospital, Toronto Western Hospital, Princess Margaret Hospital and Toronto Rehabilitation Institute, energy use, water consumption and GHG emissions have been tracked since 2000 and reduced energy costs by $600,000 per year.

Reed added it is impossible to understand what has not been measured, indicating an inherent need for benchmarking tools.

“Benchmarking energy performance is key to deciding what to do next because it helps to establish baselines and set goals. For instance, benchmarking against the industry can provide key insights into the competitive use of energy. A hospital may learn that it’s using more energy than average and set an initial goal of becoming average,” or ideally, better than average.

“As much as 30 per cent of energy used in a typical building, including hospitals, is used unnecessarily,” Reed said, “and that can add up to hundreds of thousands of dollars in savings every year.”

For commercial, institutional or medical facilities, the reasons to benchmark are the same, according to NRCAN.  In 2009, commercial business owners and institutions spent $24 billion on energy and were responsible for consuming 14 per cent of Canada’s energy use. Despite having the potential to reduce their energy costs, many Canadian building owners and managers are uncertain about improving the energy performance of their buildings.

Among the barriers to making improvements, NRCAN states is a lack of relevant information on which to base decisions.