Participants in CivicAction’s Race to Reduce energy reduction challenge delivered a 7.9 per cent drop in use over three years, and the Greater Toronto Area (GTA) landlords and tenants who produced the best results were honoured at an awards ceremony at the Metro Toronto Convention Centre on Dec. 4.

“CivicAction’s Race to Reduce is one of the largest regional energy challenges in the world,” said CivicAction chief executive officer Sevaun Palvetzian. “The numbers show the desire for action is there and that, if you give people the tools and motivation, they can drive real change in their own businesses and for the Toronto region.” 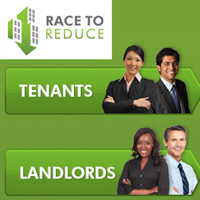 CivicAction brings together leaders from different sectors to tackle challenges facing the GTA and Hamilton area by building partnerships and taking action through campaigns, programs and organizations to try to transform the region. It equated Race to Reduce’s achieved savings to taking approximately 2,700 cars off the road and putting $7.6 million back into participants’ pockets over three years.

The number of office buildings registered for the race this year increased by 11 per cent to 195. That represents participation of more than 69 million square feet, or more than 42 per cent of the region’s office space.

“The race is a win-win for the commercial office sector because it allows participants to do well by doing good,” said Roger Johnson, TD Bank Group’s senior vice-president of corporate real estate and procurement, and co-chair of CivicAction’s Commercial Building Energy Leadership Council. “Participants are reducing their carbon footprint and improving our air quality while reducing costs over the long term.”

Winners in the lowest energy use and greatest energy reduction categories were based on information inputted to Energy Star’s database. It was assessed by building service firm MMM Group, which also did site checks as part of its evaluations. The performance and collaboration awards were based on participant applications judged by a five-person jury of experts.

Previous years’ results were restated after adjustments for unusual weather fluctuations were taken into consideration for the first time. Energy Star’s portfolio management system has the ability to take weather out of the equation, which makes for more accurate year-over-year comparisons of building performance.

Next year will be the final one for the Race to Reduce, but conversations are taking place to start similar programs to maintain the positive thrust in the GTA and possibly expand its reach. CivicAction will wrap up its involvement after announcing next year’s results, but it has developed a package to help others start their own programs.

“Momentum is a key ingredient to any initiative, and if something goes on forever it’s hard to keep that momentum going,” said CivicAction VP of initiatives Linda Weichel. “So we decided to set a goal and target and have a specific window of time and opportunity to achieve that goal, and that would drive a sense of urgency and the need to get on with things and make things happen.”

The Town of Caledon and a partnership between Oxford Properties Group and Royal Bank of Canada received the team excellence awards for active and sustained landlord-tenant collaboration.

Caledon was recognized in the capital or operating project category for reducing energy use at its town hall from 2012 to 2013 through the collaborative efforts of its cross-departmental corporate energy management team.

Oxford and RBC were honoured in the cultural/behaviour change project category for their “Green Team” program of starting quarterly meetings and initiatives across three downtown Toronto buildings focused on optimizing lighting and workspace energy use as well as holding an annual multi-stakeholder Earth Day Fair.

The building performance awards for lowest energy use, using 2013 data, were:

The building performance awards for greatest energy reduction, using 2013 versus 2012 data, were:

Caledon Town Hall reduced energy use by 19 per cent. The building owner/property management company is the Town of Caledon.