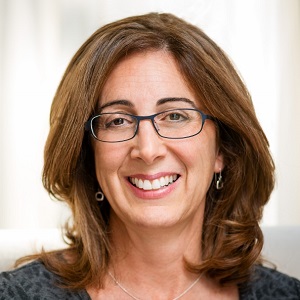 The institute was launched by Jamie Meil and Wayne Trusty, who both remain involved, to independently carry on with work that had started a number of years earlier at Canada’s national wood products research lab, Forintek (now FPInnovations).

“Although the work was overseen by a multi-stakeholder consortium, the team wanted to ensure there was no material bias and hence decided to spin off the project to a new, independent non-profit,” said Jennifer O’Connor, who took over as Athena Institute president in 2011.

“Over the past 20 years, the Athena Institute has been increasingly influential in the sustainability agenda by providing tools and data that help reduce cradle-to-grave impacts on air, land and water due to the production and consumption of construction materials.”

Life cycle assessment (LCA) is the science behind environmental footprinting, and it was new to the construction sector when the Athena Institute was founded. The institute works with sustainability leaders in product manufacturing, building design, construction and green labelling programs to enable smaller footprints in the production and consumption of construction materials.

The Athena Institute is comprised of a small group of researchers who provide the public with two free tools that make the complex science of LCA accessible to non-experts. The “Impact Estimator for Buildings” allows architects and engineers to fairly easily calculate the life cycle environmental impacts of their design decisions. The “Pavement LCA” tool helps roadway and highway engineers reduce the lifetime impacts of their projects.

“LCA is an evolving science,” said O’Connor. “Over the past 20 years, LCA practice is increasingly guided by international standards, and the quantity and quality of the underlying data has increased.”

The work of the Athena Institute in advocacy, education and free software tools has made it possible for green building programs, codes and standards to include LCA elements. This is important because LCA addresses the environmental impacts of buildings, which have long been overlooked because they’re hidden.

The current version of LEED has two new credits based on LCA.

“We have strong relationships with many of the manufacturers of construction materials, and we are continually working with them to measure and reduce the environmental footprint of their products,” said O’Connor. “Meanwhile, we regularly update our free software tools with new data and features, and we’ve been delivering hands-on training across Canada this past year.

“We also work hard on education and advocacy for LCA by highlighting good case studies, participating in sustainability conferences, advising the green building programs and so forth.”

The Athena Institute is developing a novel, standardized method to create LCA performance benchmarks for new buildings so making comparisons will be easier. It recently released a white paper on whole-building LCA benchmarking and is seeking stakeholder feedback on the proposed methodology.

“Now that the architectural community is increasingly using LCA to measure the lifetime environmental impact of buildings, the question of comparisons arises,” said O’Connor. “Architects want to know how their buildings perform against some sort of benchmark.”

A good benchmarking system will become especially important as policy aimed at reduced life cycle impacts of buildings and infrastructure starts to develop, according to O’Connor.