The hotel industry is taking sustainability seriously. In the Americas, 82 per cent of hotels participating in a new survey on green lodging trends said they have someone in charge of sustainability. 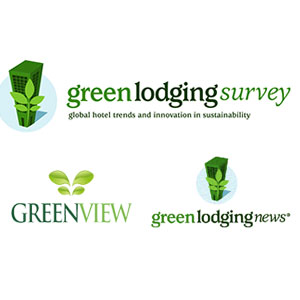 Just having a “green team” or sustainability champion on site “significantly increases the chance of success when it comes to implementing green products, strategies and operational practices,” said Glen Hasek, the publisher and editor of Green Lodging News.

According to Hasek, hoteliers are required to report performance on a monthly basis and benchmark themselves against other properties within a company.

“I think what the survey proved is the hotel industry around the world has made significant progress when it comes to innovation in the area of sustainable technologies and operational practices,” Hasek said.

Report collected data from more than 2,000 hotels in 44 countries

“If you ask most hoteliers if their hotel is green, they’ll say yes and list some basic practices or for a small portion, their certification,” says Eric Ricaurte, Founder & CEO, Greenview. “But how do they really know if they are keeping up with their competitors on the green front?

“The Green Lodging Survey gives us all insight into what hotels are doing, should be doing, and where to improve. And collectively, we can accelerate best practices together.”

One area with room for improvement is that of indoor air quality, particularly outside of North America, Hasek said.

He noted that in the Asia-Pacific region particularly the number of survey respondents that said their hotels are 100 per cent non-smoking was only 16 per cent.

The report is based on data from more than 2,000 hotels in 44 countries and covers topics ranging from air quality to energy management to staff involvement. The report includes results of more than 100 questions asked in 11 categories.

Of those, 1,256 were classified as urban or city hotels, 435 as resorts, and 67 as bed and breakfasts. The remainder were unidentified.

Over half the hotels grow their own food ingredients

The report certainly shows a keen awareness of and willingness to practice sustainability among the hotels.

Seventy per cent of respondents indicated they have moved at least 75 per cent of their lighting to LEDS.

Other common practices included recycling in all common areas of the property; reusing grey water (the water from sinks, showers, baths, washing machines and dishwashers); and the use of green cleaning products certified by a third party.

A couple of the questions turned up intriguing results. Over half the respondents grow their own food ingredients, such as herbs or vegetables, on site; and 16 per cent responded that climate change has no impact on their decisions to make operational improvements and investments.

Despite the latter response, the survey’s authors noted the report comes at a time of growing global interest in reducing environmental impact, citing the 2015 Paris Agreement to limit global warming as one example.

“Throughout the lodging industry, companies have set their own aggressive goals for reducing energy, water consumption and waste.”

35 per cent of the industry measures its carbon footprint

Energy management is considered “a default practice” now. Ninety-one per cent of the respondents track energy consumption on a regular basis, and 65 per cent said they benchmark energy performance against peer properties in their company’s portfolio.

The report noted that investment in renewable energy technology is still rare in the hotel industry. In the same way, only 35 per cent measure their carbon footprint, but the report pointed out that carbon measurement is also new to the industry.

Hasek said, “We were very pleased with the response for year one of the survey. It was a very comprehensive survey, more than 100 questions and we’re looking forward to a much larger response in year two.”