The Passive House boom is underway

Passive House building is booming in North America, ushering in a new era in residential construction. 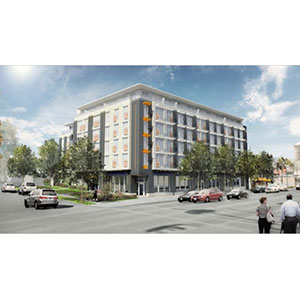 In the last year the number of Passive House units in North America has quadrupled from 500 to over 2,000 units, notes a new report titled Accelerating Market Transformation for High-Performance Building Enclosures from the Pembina Institute.

By the end of 2016, there will be nearly 2 million square feet of certified passive buildings in North America, three times more than in 2015, the report says.

Nowhere has the energy efficiency construction style been embraced more than in Vancouver. A quarter of the units – 600 – are in the West Coast city.

According to the report, that makes Vancouver “a hotbed for the North American expansion of these green buildings that dramatically reduce carbon pollution and energy use, enhance comfort and durability, and boost the clean economy.”

Karen Tam Wu, director of the buildings and urban solutions program at the Pembina Institute, says, “We know already there is a strong green building sector that is good for the economy. For every dollar invested in energy efficiency programs by government we can see returns of five to eight dollars back into the economy.

“Already in Canada there’s nearly 300,000 green building jobs, a part of the low-carbon, clean economy that we can continue to grow. And these are largely local jobs.”

Civic policy has helped boost Passive House construction in Vancouver. The city is getting ready to bring in its new Zero Emissions Building Plan.

And Pembina notes that the British Columbia and federal governments have indicated changes are ahead for building and energy efficiency regulations to help slash carbon pollution.

Buildings are responsible for nearly one-quarter of Canada’s carbon pollution, and a third of US emissions.

“These changes will result in ultra energy efficient buildings becoming the norm by 2030,” the institute maintains.

Certainly recent events would support that.

In Vancouver, the Eighth Avenue Development Group is constructing what will be one of the largest Passive House buildings in North America and the largest to date in Canada.

Vancouver Heights in the East Hasting corridor will be an 85-unit rental building, six stories in height. The 60,000 square foot building will include retail and commercial on the ground floor.

Eighth House describes the project as a “simple super-insulated ‘dumb building,’” that doesn’t require technology or mechanical systems. Instead the energy efficiency is made possible through a simple envelope, high quality windows, and air control through heat recovery ventilation.

The developer says the well-designed building envelope ensures a minimum loss of heat or leakage from the building itself, which in turn means minimal energy is required to heat the building.

The Heights will use about 80 per cent less energy than a conventional building.

“Costs are definitely coming down as architects, builders and the trades are becoming familiar with the new techniques,” Tam Wu says.

She points out that operating and maintenance costs are lower than on conventional homes because the Passive Houses aren’t dependent on expensive mechanicals.

“They start with very basic building science, with building an air-tight home, providing good ventilation, super insulation and high quality windows, so operating costs are lower than conventional homes to begin with.”

That said, the report notes that Passive House construction provides great benefits if properly done, but can also lead to under-performance if poorly executed.

Therefore, attention must be paid to things like air barrier testing, the involvement of certified professionals in the review of enclosure designs, and design guidelines for passive cooling features such as shading devices and cool roofs.