Toronto-based Peak Power Inc. has opened offices in Boston and New York City and more than doubled its staff to 25 over the past year, as its software and solutions to provide electricity savings gain in popularity. 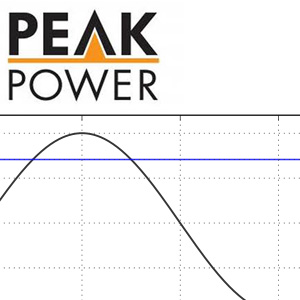 “Peak Power has developed a software platform, Synergy, that optimizes the operation of distributed energy assets such as battery energy storage, electric vehicles and solar,” said company founder and chief executive officer Derek Lim Soo. “Through the use of big data and machine learning, Peak is able to forecast moments of peak demand on the grid and help building owners reduce electricity bills.”

These technologies transform the traditional utility model characterized by one-way flows of energy from large centralized power plants to a distributed model with transactive flows of energy between end-users.

Peak Power has developed its own energy management system for commercial buildings that provides a real-time pulse of buildings and predictive analytics on various commodity usages.

The technology involves Peak Power installing a package of Internet-enabled sensors in a building and using the data collected to feed into its analysis to come up with a load forecast for the building.

It doesn’t require tapping into a building management system, which results in it being faster and less expensive to deploy than other energy monitoring platforms, according to Peak Power chief operating officer Matthew Sachs.

“Right now we’re in the prototype stage and we’re looking to enter into a pilot with a number of buildings to test out the functionality,” he said.

The project, which utilizes Lockheed Martin storage technology with engineering and construction provided by Spark Power, has the potential to generate electricity bill savings of up to 25 per cent by targeting peak demand charges such as the rising global adjustment charge.

Toronto-based Starlight Investments is a privately held full-service real estate investment and asset management company that manages $8.5 billion worth of multi-family and commercial properties for joint venture partnerships with institutional investors. Its portfolio consists of approximately 36,000 multi-family units across Canada and the United States and more than 5.3 million square feet of commercial properties.

“This is an example of a great client that’s very forward-thinking,” said Sachs, who added Starlight Investments is looking to install a much larger system next year and that the company’s endorsement of Peak Power’s technology should open doors with other potential clients.

Once complete, all six sites will be aggregated into a virtual power plant to provide additional services to the Ontario grid.

“BGIS has been an incredible partner that understands the future of where the built environment and electricity markets are heading,” said Lim Soo. “We are working on various projects with BGIS and hope to announce some of them shortly.”

Peak Power recently announced a partnership with Alphabet Inc.’s Sidewalk Labs to target increased sustainability in urban centres, but can’t yet disclose details about what that will entail. Sidewalk Labs imagines, designs, tests and builds urban innovations to help cities tackle issues such as cost of living, efficient transportation and energy usage through technological solutions.

“We are actively looking for building owners that would like to participate in a pilot which has strong potential to create tremendous long-term savings to the client,” said Lim Soo of the partnership.

Peak Power is a founding member of the Building Energy Innovators Council, which was formed in 2016 as an industry-driven initiative to accelerate the collaboration, innovation and adoption of clean building technologies across Canada.