The GHG reduction plan for federal buildings moves ahead

The Government of Canada has spent a lot of time studying buildings and converting lighting systems to LED bulbs during the past year. Now, it’s heading into a more critical, and difficult, phase of its plan to live up to its commitments under the Paris Agreement and the Vancouver Declaration on Climate Change. 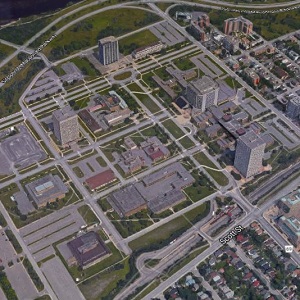 The feds have pledged to cut greenhouse gas emissions from government operations by 40 per cent by 2030.

“It’s identified as one of the two top priorities within our organization,” said St. Denis. “Last year one of the components was to start to make changes so we can achieve a carbon neutral portfolio (of buildings) by 2030. That’s a substantial commitment.

“That means zero carbon for our portfolio, 360 buildings across the country. That is really key.”

St. Denis said government initiatives and other factors have already allowed the feds to cut GHG emissions from buildings by 42 per cent since its “benchmark” year 2005.

The National Carbon Neutral Portfolio Plan, currently being designed, will take it the rest of the way.

“PSPC committed to being 100 per cent clean power by 2025,” he said. “As of now, any project that impacts energy needs to consider the impact on GHG emissions.”

One of the biggest projects will be at 25 St. Clair in Toronto, one of the pilot projects in the Canada Green Building Council’s net-zero carbon program.

St. Denis said under existing methodology, GHG reductions would have been reduced by 24 per cent as a result of the building’s half-life retrofit. A “hydrid” program would have taken that to 77 per cent, but PSPC pushed through its “maximum GHG option”, which it says will cut carbon emissions by 88 per cent.

The extra costs, $21 million up front on a $165 million project, will be offset by energy and other efficiencies and the lowered emissions. St. Denis said with these projects, the cheapest cost to build is not necessarily the best option when operating costs are factored out over the long term.

“We are closely monitoring that because there is a lot of fear about how much more it is going to cost us.”

“We are looking at options to maximize GHG reductions, as long as it pays for itself in 25 years.”

Gosselin said the BGIS contract includes all 460 government-occupied buildings which are operated by PSPC. About 100 of the properties are leased from private owners – meaning retrofits and renovations are not under its control.

“When we did some analysis, out of the 360 PSPC (owned) buildings, 50 buildings were responsible for more than 75 per cent of the emissions,” Gosselin said. “So right away that told us, let’s not spread ourselves too thin, let’s focus on those 50 buildings.”

BGIS’ short-term goal is to reduce GHG emissions by 25 per cent in the next four years.

“We’re flooding the market right now with RFPs for carbon-neutral studies … That will really help us to develop our plan.”

During the past year many of the projects have involved LED lighting retrofits. He called conversions to energy-efficient systems the “the low-hanging fruit, they’re easy to implement without doing a lot of studies.”

St. Denis said future projects will encompass all aspects of energy usage and building efficiency. Among them are the expansion of a Smart Buildings technology program, and the retrofit of a major heating and cooling plant which services the government’s sprawling Tunney’s Pasture campus in Ottawa.

“When we look at the modernization of the central heating and cooling plant, smart buildings, LED lighting and some of the retrofits, we are getting to 75-80 per cent (GHG reduction) fairly easily,” he said. “Moving forward, we want to maintain that momentum.”

Plans will be created for each facility in the government portfolio – acknowledging local conditions such as climate and the type of power generation in each province. Quebec and Ontario, for example, now have relatively “clean” hydro generation, while Alberta or Saskatchewan’s hydro still creates significant amounts of GHG.

“We really have to raise our game as an industry,” he said. “What we’ve been doing in the past isn’t going to get us where we need to go.”