With a strong base of investments in international sustainability projects, Carbon Streaming Corp... 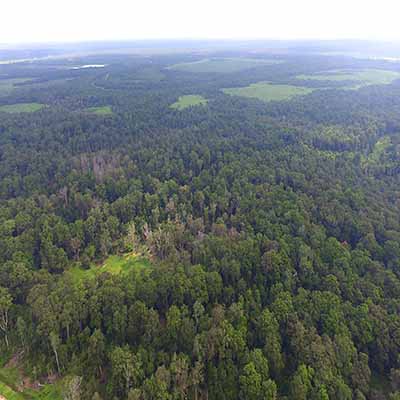 With a strong base of investments in international sustainability projects, Carbon Streaming Corp., CEO Justin Cochrane has an ambitious agenda for the company in 2022.

The plans include a U.S. stock listing, diversifying its portfolio with up to $100 million in additional investments, and continuing to expand its staff.

“We’re the first mover in this market. We’ve acquired a portfolio of projects that we think are some of the best projects in the world,” Cochrane said, “and I plan to add significantly to our investment portfolio here over the next six to 12 months.”

The Toronto-based company, formed just over two years ago, offers exposure to carbon credits. It works by investing capital in conservation, direct air carbon capture, or reforestation projects around the world in exchange for the carbon credits which result. Carbon Streaming then sells those credits to buyers around the world, with 80 to 90 per cent of the revenue shared back with the project developers.

Typically, these projects are funded anywhere between 20 to 40 years.

Completing a planned U.S. stock listing is at the top of Carbon Streaming’s 2022 plans, which means “the NASDAQ or the NYSE, but probably the NASDAQ.”

Carbon Streaming hopes to accomplish this in March or April. The company is currently listed on the OTC Markets.

Cochrane said Carbon Streaming is also working to invest up to $100 million of equity in “10 or 15 new investments this year.” The firm might also look at additional capital raising options.

For now, that will largely involve nature-based projects. However, Cochrane is also looking at diversifying the portfolio, which could involve potential Canadian projects as well as non-nature-based carbon initiatives.

“We’re looking at renewable energy projects, biofuel projects (and) cookstove projects in Africa. We’re looking at a couple of carbon-capture projects,” said Cochrane. “I would still say when you look at what we call our near-term pipeline – so about $200 million of transactions that we’re very actively working on – it’s probably about 50/50 between nature-based and non-nature-based projects.”

Wherever the project may be, the general philosophy remains the same: Cochrane and Carbon Streaming want to be “impact investors.” As an example, he cited the Rimba Raya Biodiversity Project in Indonesia, which will also have benefits in clean water, power and women-led employment.

“My plan is to add another three to four bodies to the team in the first half of this year and that would be building out our sales capability,” said Cochrane. There are also plans to scale up in the finance, legal and investments areas.

The projects Carbon Streaming has invested in, so far, all nature- and conservation-based.

The most significant is Rimba Raya, a 64,500-hectare peat swamp in Central Kalimatan, Indonesia. The project’s agreement with Carbon Streaming gives the firm the right to all future carbon credits not already promised to other buyers.

It preserves tropical lowland peat swamp forests, an endangered ecosystem, is home to over 600 species of flora and fauna and 100 local animal species including the endangered Bornean orangutan. First developed in 2009 by Hong Kong-based InfiniteEARTH, it is the largest REDD+ (Reduced emissions from avoided deforestation and degradation) project in the world.

A total of 130 million tCO2e (tonnes of carbon dioxide equivalent) GHG emissions are projected by InfiniteEARTH to be reduced and avoided at Rimba Raya over the 30 years of the project.

The collaboration with Carbon Streaming began about 18 months ago. Cochrane got in touch with Infinite Earth to chat, which led to involvement with both Rimba Raya and the MarVivo Blue Carbon Project in Baja California Sur, Mexico.

“(MarVivo) just fascinated me and given Rimba Raya’s location and the potential impact it can have on the local community and biodiversity, really, we’re just fortunate enough to be able to structure agreements for both projects,” Cochrane said. “I think our timing was just outstanding, because it was in advance of these big run-ups in carbon prices that we’ve seen over the last six months.”

In November, Carbon Streaming announced it expects to receive up to seven million Verra-registered REDD+ carbon credits in the first half 0f 2022. Verra is a quality assurance organization for voluntary carbon markets founded in 2007.

According to Cochrane, about 6.5 million of the credits will go to Rimba Raya and the rest to another project the company is involved with, the Cerrado Biome in Brazil.

REDD+ was first developed under the United Nations Framework Convention on Climate Change in 2005.

Carbon’s remaining projects are both in the Bonobo Peace Forest in the Democratic Republic of Congo.