When Arup set out to create its Circular Building, the aim was to create and test circular soluti... 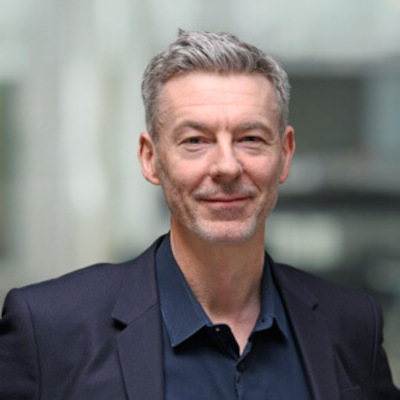 When Arup set out to create its Circular Building, the aim was to create and test circular solutions for the built environment. The concept is returning to prominence as the industry increasingly focuses on sustainable building practices.

Headquartered in London, England, Arup is a professional services firm with a presence in 35 countries around the world, including Canada. It provides design, engineering, architecture, planning and advisory services across every aspect of the built environment.

Smith has been with Arup since 1995 and has been involved in the design of some of the world’s most challenging building projects, including CCTV’s headquarters in Beijing (in collaboration with OMA) and the Perez Art Museum in Miami (a joint project with Herzog & de Meuron).

Inspiration behind the Circular Building

During his presentation, Smith described the concept of the circular building — a new paradigm for how materials are used in construction based on a circular model in the built environment. This model is exemplified in The Circular Building project.

“About 30 years ago I was sitting on a train as a young structural engineer and I looked out the window and thought, ‘How on earth can I design buildings and work as a structural engineer without having an impact on the environment?’ ” Smith said. “I never found an answer to that question — until now.”

Arup developed the Circular Building to test circular construction principles and the ability to build and then break down buildings to reuse the parts.

He found inspiration in Edward Burtynsky, who photographs landscapes where industry has had a major impact. One image in particular was of a copper mine in Utah.

Smith noted society is increasingly mining more materials for the construction of buildings, particularly copper, nickel and marble. Even sand has become depleted over the years, which makes reusing resources crucial.

When Smith started his research, concerns about construction material availability were further away: “Nobody could really imagine that in a very short time, we would be worrying about sand in the construction industry; it seems like a completely common material, but that’s happened in the last five years.”

The impact of construction waste

“About 50 per cent of the waste we generate in cities comes from construction, and a lot of the materials we use end up as landfill.”

These facts got Smith thinking more about the circular economy, and the concept of reusing materials as a potential solution to dwindling resources. He then set about testing this theory in the built environment.

The Circular Building was constructed in London in 2016 to explore how the industry can work toward zero waste by incorporating design approaches to allow the recovery of materials. Based on this building, along with research conducted with The Ellen Macarthur Foundation, Arup developed principles for circular design.

“The idea was to take a series of components from the building industry, assemble them into a building and then take them all apart and give them back to the original suppliers so they could be re-manufactured and reused in other places,” said Smith.

Smith looked to Stewart Brand’s research to understand how buildings change over time. Brand looked at the interface between the layers of the building and broke them down into six parts.

“I understood this was one of the keys which would unlock how we could approach materials and the circular economy in the built environment,” said Smith. “I wanted to use that research as a literal diagram for the building.

“So we broke the building down into its various layers so we could separate them and return them back to manufacturers.”

Lessons learned from the Circular Building

“When we build our buildings, we always think of them as permanent, but they’re completely temporary, as is shown by all the demolition that we see in our cities,” Smith said.

Rather than using ecological materials in the construction of the Circular Building, Smith wanted to address the problems we currently find in our cities so he used steel and concrete.

The team went to ArcelorMittal in Luxembourg and selected steel pieces from the manufacturer’s yard, materials which they later returned. The team measured the steel and adjusted the design of the circular structure to match.

Accoya was utilized for the skin of the building. The softwood timber has a minimal environmental impact throughout its life, and its sustainability and durability mean it can be used and reused.

ECOBoards, which are 100 per cent environmentally friendly and can be composted, were also used in the project. They have a negative carbon footprint of minus 0.62 kg CO2 per kg.

For the building’s internal services, the company developed its own 3D-printed mechanical ventilation with heat-recovery unit using recycled plastic that could be stripped down to its component pieces and remanufactured.

Arup used smart controls, including DC circuits, which require less energy than AC circuits. By employing these tactics, the company was able to use a salt-water battery, which is one of the world’s only Cradle to Cradle certified batteries.

As with the ventilation unit, all of the battery’s components can be stripped down and remanufactured.

Even the internal furnishings are circular, from the office furniture to the carpeting. Supplied by Desso, the company will reclaim the carpet at the end of its life, replace it and remanufacture it for the next customer, transforming material owners into renters.

Arup and circular construction in Canada

Arup has been present in Canada for more than 15 years. With offices located in Toronto and Montreal, the company assists with the planning and design of prominent projects in the built environment.

Some of Arup’s Canadian projects include the Samuel de Champlain Bridge Corridor, which is one of the largest infrastructure projects in Canada.

The new Calgary Cancer Centre at the Foothills Medical Centre will be a premier healthcare facility and academic centre providing cancer care services in Southern Alberta. Arup’s first major design-build project for the Alberta government, the facility is expected to be operational by 2023.

Next up for Arup will be acting as a sustainability consultant for COP26.

SBC was established in 2002 as a not-for-profit capital corporation. The company is committed to its role as a market catalyst to advance the environmental and energy performance of the built environment.