Ballard Power Systems Inc. and the Swedish-Swiss company ABB have joined to develop a hydrogen fu... 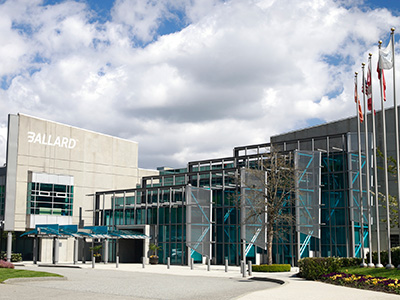 Ballard Power Systems Inc. and the Swedish-Swiss company ABB have joined to develop a hydrogen fuel concept for large commercial ships and similar vessels to reduce global emissions in the shipping industry.

Produced from various energy resources, each hydrogen fuel cell will generate three megawatts (MW) of electrical energy that can be used to power boats rather than natural gas.

Zero-emission hydrogen fuel cells are already powering smaller vessels over short distances, and technology is on the verge of being ready for installation on larger ships, so if done correctly, traditional crafts used to transport goods internationally would be able to run entirely on these fuel cells or switch over to them while sailing in emission control zones.

“ABB’s industry-leading experience in marine solutions and Ballard’s expertise in development and deployment of megawatt-scale fuel cell systems for land-based use has proven to be the right combination, enabling us to take the next step in our joint efforts to make this technology available for larger vessels,” said Jesper Themsen, President and CEO of Ballard Power Systems Europe A/S, in a statement. “Securing an AiP offers a signpost to the maritime industry regarding the potential of this truly transformative concept.”

From heavy-duty trucks to maritime use

While the collaboration began in June 2018, the companies have honed in on the DNV approval process over the last 12 months. Still, efforts to make the concept commercially available for larger ships are in full force, as pre-pandemic demand from a maritime sector looking to reduce its emissions was felt.

“It underpins our commitment to bring new efficiency, reliability, and sustainability levels to the global shipping industry,” said Juha Koskela, ABB’s division president of marine and ports, in a statement. “As we continue to pave the way towards decarbonizing shipping, we are confident that vessel electrification, including fuel cell technology, will be pivotal in helping the marine industry achieve its environmental targets.”

Ballard had already developed a hydrogen-based fuel cell power for heavy-duty trucks and currently operates over 2,200 trucks globally. With experience in the auto sector, the main challenge was transferring that intelligence to the requirements of maritime systems instead of roads.

That’s where ABB comes in — the company brings the understanding of integrating the fuel cell with the industry’s most used ship systems to solve propulsion, cooling, and electrical power issues.

“(The maritime fuel cell concept) is new to the industry; there are no existing standards, so we had to work very closely with (stakeholders) to develop its safety and what needs to be done,” Nicolas Pocard, VP of marketing and strategic partnerships at Ballard, told SustainableBiz.

As the company continues to look for shipping companies to partner on continued collaborations, Ballard and ABB’s main focus will be on the smaller vessels required to “return to base” due to the availability of hydrogen. This means tugboats, working boats, navigation barges and ferries, or ships operating from one port.

While secondary, the other market is larger cruise ships that will need a workaround in their journeys through no-emissions zones. The challenge here, Pocard states, will be in making sure hydrogen infrastructure can accommodate those ships, such as cruises, that don’t stick to one port.

“I think that the timeline for commercialization will not be driven at all by the concept, but the availability of a hydrogen report will drive it,” said Pocard, also the vice-chair of the board of the Canadian Hydrogen and Fuel Cell Association.

Shipping contributes close to three per cent to global GHG emissions. The International Maritime Organization, a United Nations agency responsible for regulating shipping, aims to cut GHGs from ships by at least 50 per cent by 2050 from 2008 levels.

DNV, founded in 1864 and headquartered in Høvik, Norway, delivers testing, certification, and technical advisory services to the energy value chain, including renewables, energy management, and oil and gas.

ABB is a global company focused on an electrification, robotics, automation and motion portfolio. While headquartered in Zurich, Switzerland, it has more than 105,000 employees in over 100 countries. The company can trace its history back to 1891 in Baden, Switzerland, known as Brown, Boveri & Cie.

Ballard was founded in 1979 as Ballard Research Inc. and was incorporated under its current title in B.C. Its corporate headquarters remain in Vancouver. In 2019, the company established the Marine Center of Excellence dedicated to fuel cell marine applications at its engineering, manufacturing and service facility in Hobro, Denmark.