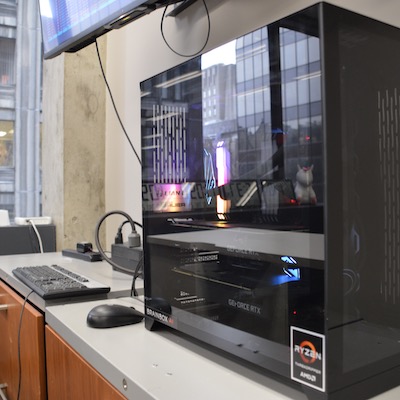 The heart of the BrainBox AI system, which learns and then works with building HVAC system operations to optimize performance. (Courtesy BrainBox AI)

A Montreal-based startup is using artificial intelligence (AI) and cloud computing to make buildings around the world smarter, greener and safer as office workers begin returning in the midst of the COVID-19 pandemic.

“Think about the self-driving car — that same capability plugged into a building,” said BrainBox AI’s COO Sam Ramadori, during an interview with SustainableBiz.

“Think about the self-driving car — that same capability plugged into a building.”

The technology is “identifying objects  . . . it’s predicting the trajectory of those objects and then deciding autonomously if it needs to react, in getting from point A to point B,” said Ramadori, adding AI gives the system the ability to peer into the future.

“So we’re predicting what’s gonna happen in each of those zones of the building one, two, three, four, five, six hours into the future — and we do that today with over 99 per cent accuracy.”

A typical office building is open for 10 hours and is occupied during the day by a high percentage of workers.

“So then in comes COVID and suddenly your occupancy drops down to 10 per cent. The building owner does as best they can to bring the system down, operating at a minimum, and now starts to reopen,” Ramadori said.

Guidelines for returning to work indoors advise reducing the life of airborne pathogens. This can be accomplished via building operations, Ramadori said, by bringing in more fresh air from the outside as opposed to recirculating the air internally, increasing the number of air changes per hour in the zones or the building, setting temperatures at 22C to 24C, and setting humidity at a certain level.

But traditional building systems have not been optimized to accomplish that, Ramadori said.

In terms of “pulling in outside air when it’s 24C degrees outside, not bad. When it’s 34C degrees and 80 per cent humidity, the system won’t be able to do it,” Ramadori explained. “The system wouldn’t be able to keep up with that level of cooling.

“It was never designed to do that.”

With autonomous AI, “we give it as its core objective ‘go save energy consumption and increase occupant comfort.’ But today, we can give it new objectives, which is ‘please respect these guidelines given by the CDC (Centers for Disease Control and Prevention) and ASHRAE (American Society of Heating, Refrigerating and Air-Conditioning Engineers) . . . here’s your new targets. Now please optimize for those’.”

The building takes those inputs and then constantly reacts to all conditions.

“If the building wakes up in the morning, well if it’s 24C degrees, it’ll behave in a certain way that day,” he said. If the next day is 35C and humid, “it’s going to manage the building completely differently. All autonomously, all adapting to that future, which is not the way buildings run today.”

BrainBox has typically cut energy consumption of entire buildings by up to 25 per cent, Ramadori said. 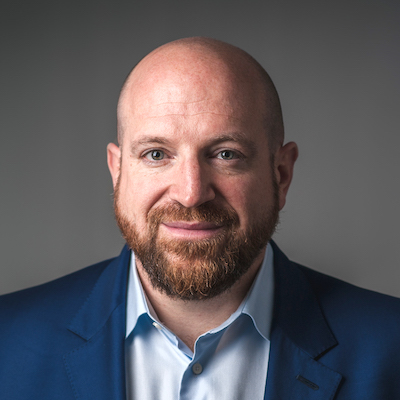 The company officially launched sales in May 2019 and “from that point on it’s been a really rapid increase in installations. We’re now in a large number of large buildings, first across Canada,” said Ramadori.

BrainBox was co-founded by Sean Neely, who has a real estate background and is CEO, and Jean-Simon Venne, its CTO, with experience in the HVAC optimization world.

“They funded it all with their own capital,” said Ramadori.

In Canada, Brainbox AI has been installed in major buildings in downtown Toronto and Montreal, he said.

The first installation outside of Canada was in Australia in a million square-foot shopping mall, has now grown to a half-dozen large buildings “and growing really quickly.” The technology is very scalable, he pointed out.

“No one from BrainBox ever went to Australia . . . that’s the power of the cloud, cloud computing AI, and autonomous AI, that’s all the benefit of that.”

BrainBox AI was created in 2017 with the goal of redefining building automation through AI to be at the forefront of a green building revolution. Today, 55 employees support real estate clients in numerous sectors including office buildings, airports, hotels, multi-residential, grocery stores and large commercial retail.

In a year, it has surpassed managing 20 million square feet of installed space.

During the initial four to six weeks of operation, the AI model identifies and catalogues the building’s specific operating behaviour. This creates a unique building energy profile, delivering a significant reduction in a building’s total energy spend (25 to 35 per cent, the company says) and carbon footprint (20 to 40 per cent).

Like its name, the product itself is constantly evolving, learning and improving its efficiency and capabilities.