Ontario’s buildAbility Corporation has luck on its side — that would be Candice Luck. The 30-year-old is the company’s Director of Strategy & Programs, and recently won a 2017 Clean50 award for her work in net zero energy housing innovation and adoption. 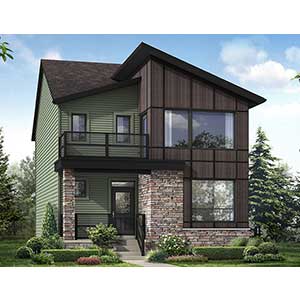 Luck acted as the project leader on an initiative worth more than $4-million and designed to double the number of net zero energy homes built in Canada.

Her work unifying a team of production builders, regional consultants and product manufacturers resulted in the construction of 25 net zero homes in five communities across Canada.

“Our project was wildly successful in being able to demonstrate that net zero can be built.” Luck said. “They’re technically feasible. And anything that was within the builder’s control, we were able to control it; we were able to get these houses erected.”

Luck noted that as electricity prices continue to rise while the price of solar panels drops, people will increasingly adopt net-zero measures. She pointed out buildAbility’s project helped “debug” the adoption process, making it easier in the future for builders to construct net zero homes.

The houses are approximately 15 years ahead of where the building industry is today in terms of energy efficiency, buildAbility estimates. They are at least 70 per cent more efficient than homes constructed to the current building code.

Their systems and equipment include the latest in heating, cooling and ventilation technology, and the homes feature high-efficiency, triple-pane windows, solar panels, and superior insulation and air tightness.

Some of the features are LED lighting throughout; energy efficient appliances such as induction cook tops; air source heat pumps and hot water tanks; and energy monitoring systems to keep homeowners informed of their electricity use.

The homes ranged from a six-unit stacked net-zero condo in Laval to five net zero homes in Calgary with enhanced levels of air tightness and insulation to compensate for the western city’s cold winters.

The project presented a learning curve

The project was not without challenges. It took a long time for every single home to get connected to the grid, and the home owners will not be paid for electricity they put back into the grid.

“It was a learning curve,” Luck said, “and we continue to work with the utilities to figure out what else we can do to help them prepare for these connections and technologies.

“The fact of the matter really is our grid and utilities have been focused on delivering energy, not necessarily receiving energy.”

Another challenge is the adoption of the new technologies by the building trades. For instance, the process of adding insulation on the outside of the house was foreign to many of the framing trades, Luck noted.

“It took a lot of time to train every crew because we wanted to demonstrate that net-zero was feasible for a production builder.”

What they didn’t anticipate was the crew they trained wasn’t necessarily the one that turned up to work on the house. A different one showed up and didn’t probably install the insulation.

“We learned from that and realized we have to the train [all] the different trade companies that worked for that builder,” Luck said.

The Net-Zero Energy Housing Demonstration Project was carried out in conjunction with Natural Resources Canada (NRCan) and Owens Corning Canada.

NRCan helped fund the project under the ecoEnergy Innovation Initiative. It is a federally funded $268-million project searching for long-term solutions to eliminate air pollutants and greenhouse gas emissions from energy production and use.

In Canada, housing accounts for 15 per cent of all greenhouse gas emissions. That statistic prompted NRCan to include the Net Zero Energy Home project as part of its ecoENERGY Innovation Initiative.

Owens Corning acted as the project’s lead proponent, while buildAbility was the lead consultant and project manager.

For its part, buildAbility has worked in energy efficiency in the housing sector for over 30 years. The company wanted to address the challenges of building to net-zero energy housing performance levels specific to production housing; and to help promote acceptance of net-zero housing across Canada.