It means a lot to Thomas Mueller, president and CEO of the Canada Green Building Council (CaGBC), that the Pan-Canadian Framework on Clean Growth and Climate Change recognizes the building sector as an area critical to reducing greenhouse gas emissions. 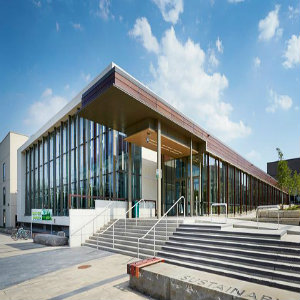 Mohawk College will help the CaGBC pilot standards in 2017

Mueller pushed hard to get buildings recognized as a major contribution to emissions. But it’s also only the beginning as far as he’s concerned.

“What is really important now is the implementation. We want to put projects on the ground, and it’s a really critical time now to translate that framework to actionable items and have the financial and policy support there to make it happen.”

The framework sets out four pillars to battle climate change. One of those is complementary measures to reduce emissions across the economy.

“For instance, tightening energy efficiency standards and codes for vehicles and buildings are common sense actions that reduce emissions, while also helping consumers save money by using less energy,” cites the guide to the framework.

“I think what we’re seeing is for the first time the federal government acknowledges that buildings play a very important role for them to achieve their targets by 2030,” Mueller said.

Previously, the government has focused more on reducing emissions from things like transportation or points of emissions like coal-fired power plants.

“In this case, buildings are a core strategy in what they’re trying to achieve,” Mueller noted.

He points to the CaGBC’s policy work in the area as being influential on buildings being included in the framework.

Those actions were key recommendations in the CaGBC’s recent Building Solutions to Climate Change report – submitted to the Vancouver Declaration Working Group for Specific Mitigation Opportunities on behalf of the Canadian green building industry in September.

Building retrofits could contribute $32.5 billion in total GDP by 2030

Retrofitting the buildings also represents an economic opportunity, according to the CaGBC.

Large-scale upgrades to existing buildings will create jobs, drive the creation of new technologies and could contribute $32.5 billion in total GDP impacts by 2030 and reduce 19.4 million tonnes of GHG emissions.

Placing the importance of buildings and emissions in front of the federal government marks just one of the CaGBC’s successes over the last year.

Mueller outlined some of the others, pointing to the amount of information the organization released into the marketplace in 2016.

– a national energy benchmarking framework;
– standards for net zero carbon;
– a report where they modelled how the building sector can reduce 30 per cent of greenhouse gas emissions;
– a health and wellness report about trends in those areas;
– and a report about the market penetration of LEED.

With its first phase of the net zero carbon standard, the organization developed a standard specifically for the Canadian marketplace in order to drive innovation within Canada.

CaGBC plans to launch its net zero standard in May 2017

The CaGBC also began to introduce new standards to the market, supporting the WELL standard in Canada through education and certification; and the Global Real Estate Sustainability Benchmark standard as well.

In 2017, the CaGBC intends to be no less ambitious.

Mueller said the organization wants to continue to work with senior levels of government to ensure that the Pan-Canadian Framework is included in the 2017-18 budget and that the recommendations “actually become a reality.”

Adds Mueller: “The other one for us is we want to continue the advocacy, and our research to support the market in sustainability.”

The CaGBC plans to launch its net zero standard in May, which will give owners and developers a standard to apply to their buildings. The organization plans to pilot the standards on a number of projects in 2017, including on one with Mohawk College.

“So more research, more work with government on climate change and for us, also, LEED certification is hugely important to us. It’s going to be a very busy year for us, particularly when we want to drive some of the new standards deep into the marketplace,” Mueller said.