While zero-carbon buildings can be a major contributor to Canada meeting its international commit... 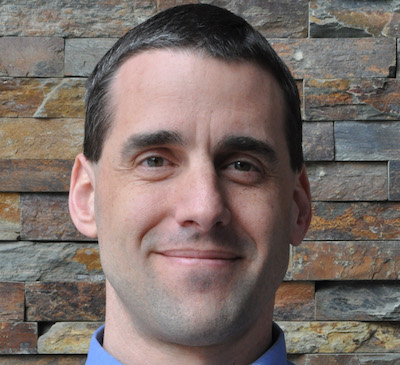 While zero-carbon buildings can be a major contributor to Canada meeting its international commitment of a 30-per cent reduction of greenhouse gas (GHG) emissions below 2005 levels by 2030, they also make financial sense for developers, building owners and operators.

Canada Green Building Council (CaGBC) released its “Making The Case For Building To Zero Carbon” study at its “Accelerating to Zero” event at Ottawa’s Shaw Centre on Feb. 20.

“We felt there was a need for a deeper dive in looking at a whole cross-section of buildings across a number of different cities and climates to give the industry a sense of what the likely financial picture would look like for pursuing zero carbon,” said Mark Hutchinson, CaGBC vice-president of green building programs.

Seventeen per cent of Canada’s GHG emissions come from residential, commercial and institutional buildings. To effectively reduce them and help ensure Canada meets its reduction commitments, energy use and carbon emissions need to be reduced simultaneously. This can be accomplished cost-effectively through zero-carbon buildings, according to the study.

A zero-carbon building is characterized by: having its operations contribute no carbon emissions over the course of a year; a design that prioritizes reducing energy demand and meeting energy needs efficiently; using on-site renewable energy; and having the embodied carbon of the structural and envelope materials evaluated as part of the design.

Zero carbon buildings are designed to minimize carbon emissions and then offset any remaining emissions by generating clean, renewable energy on-site or off-site. This can reduce life-cycle costs and mitigate exposure to carbon pollution pricing.

The business case for zero carbon buildings isn’t yet well understood by the development and construction industry, governments or the real estate sector, so CaGBC commissioned engineering professional services consulting firm WSP to evaluate the financial viability and impact of building these structures.

“The industry is learning about it and is keen to learn more, but it’s still in the early days,” said Hutchinson.

He acknowledged that many architects and engineers lack the knowledge of, and experience with, zero-carbon buildings to deliver them cost-effectively.

“For most of the market, I think it’s a challenge that just requires some more dedicated thinking and awareness that there are benefits about the longer term, and not just looking at the sticker price.”

It applied a tailored package of carbon reduction measures across all building archetypes, including: wall and roof enhancements; window upgrades; enhanced user controls; efficient ventilation systems; better heating and cooling delivery systems; fuel switching; and the use of on-site renewable power, such as photovoltaics.

The financial, energy and carbon reduction outcomes of the zero carbon buildings were examined and compared to a baseline design that reflected the 2011 National Energy Code for Buildings.

The emissions reductions could be delivered at a total incremental capital cost of $3.3 billion per year, which would fund the construction of approximately 47,500 new zero-carbon residential units and 4,800 new zero-carbon commercial and institutional buildings annually. This level of carbon reduction can be achieved with existing market-ready technologies and approaches for the building types evaluated.

The study showed zero carbon buildings can be achieved with a positive financial return of one per cent over a 25-year life-cycle, including carbon pollution pricing. They require an eight per cent capital cost premium. The financial return will grow as the cost of carbon rises over time.

“For every year that goes by, the economic case is going to get stronger,” said Hutchinson.

“Weather patterns are changing, and having buildings that are less vulnerable to those changes is something that is of value,” said Hutchinson.

What governments can do

The establishment of a robust zero carbon building marketplace can be accelerated by a range of pricing mechanisms, procurement and partnership models, and regulations that address impediments.

The study encourages government policy-makers to:

* continue to incrementally raise the price for carbon pollution to try and achieve carbon neutrality by 2050;

* support time of use electricity pricing, the use of renewable energy generation and storage, and net-metering;

* demonstrate leadership through making it policy that any new public buildings be constructed and operated to a zero carbon standard;

The development and publication of the study was made possible through financial contributions from the Government of Canada (Natural Resources Canada, The National Research Council, Public Services and Procurement Canada, and The Treasury Board of Canada Secretariat), REALPAC, the Government of Nova Scotia, and the Real Estate Foundation of British Columbia.