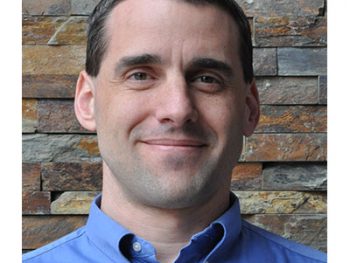 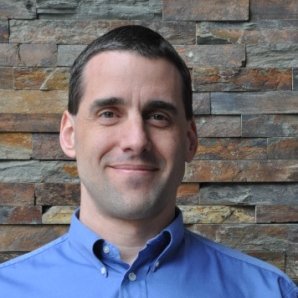 In response to international climate change negotiations and mounting public pressure, provincial and federal governments have recently announced climate change plans that include green building as an essential part of their emission reduction strategies. This is in addition to over two dozen municipalities across Canada who have embraced green building as a part of their building policies over the past decade, and various jurisdictions who are now looking to mandate Energy Benchmarking policies.

Anyone who has followed sustainability trends in Canada over the past decade might be tempted to say: “It’s about time,” because those who began incorporating sustainable building strategies into new design and retrofit projects early on have been experiencing the benefits of going greener for years. These benefits include big operational cost savings, increased marketability, higher rent and lease rates, and better employee retention, to name just a few.

At last it feels like there is a common acknowledgment that with traditional buildings being responsible for up to 30 per cent of all GHG emissions, green building is no longer just a ‘nice to have’ – but a key piece of the puzzle going forward. As the voice of the green building industry in Canada, the Canada Green Building Council® (CaGBC) is advocating for greening existing building stock as a key element of the recommended strategy for governments and the commercial industry alike.

The greenest building is one that is already built

While new construction is important, the biggest challenge and opportunity in building sustainability exists in the retrofit market. It is estimated that in 2050, nearly 80 per cent of our buildings are likely to be buildings that already exist today. By recognizing the opportunities and returns that green renovations and retrofits can drive within existing buildings, project owners and operators can meet their goals and unlock surprising results, both financially and on the social responsibility scale.

Leading the way in existing building retrofit projects are companies like Cadillac Fairview, who in 2015 completed LEED® for Operations and Maintenance (O+M) certification for each of the six towers that form the TD Centre complex, earning Platinum on each one. Apart from respecting the architectural integrity of the buildings, the project team’s ultimate motivation was to maximize its sustainability potential.

“TD Centre’s priority has always been to create high performance environments that support tenants in doing what they do best, and our commitment to those principles has never wavered,” says David Hoffman, General Manager of TD Centre. “Responsible business is smart business and achieving the highest LEED O+M certification by implementing industry-leading sustainability measures and capital investments not only benefits the environment, people and energy costs, but also offered us a competitive advantage as businesses look for sustainable office spaces. As a result, TD Centre’s history, community and culture are second to none and cannot be matched by newer buildings.”

Aiming for excellence in retrofit projects with LEED® certification

As TD Centre demonstrates, whether looking at doing large- or small-scale green retrofits it is useful to look to an established standard, one that provides the most current tools, guidance and verification in order to ensure you are getting the very best from each of your buildings. Seen by many as the ‘gold standard’ for green building in Canada, the LEED® rating system is the rating system of choice in over 160 countries. With LEED O+M, owners looking to green their portfolios are provided with a strong platform to assess and guide retrofits as well as updates to policies and practices.

Perhaps no other company in Canada has embraced green retrofits more than Oxford Properties Group, after recognizing eight years ago that sustainability was an important part of its customer experience in addition to being a smart investment. Since implementing their initial sustainability policy, Oxford has become a leader in the country, with almost 80 per cent of its office portfolio LEED certified. Of these, eighteen have earned LEED certification in the existing buildings category, most of those at the Gold or Platinum level. This has led to a 26 per cent improvement in the energy efficiency of its managed portfolio since 2010, and sustainability events and green team meetings that have reached more than 75,000 customers.

“There’s no doubt to us that going green is good for business. The guiding principles of Oxford’s Sustainable Intelligence program shape all aspects of our approach to sustainability, and for us, the LEED rating system aligns well with these principles,” says Darryl Neate, Oxford’s Director of Sustainability. “At Oxford, the team has driven considerable financial benefits across its portfolio as a result of its commitment to sustainability and LEED, with now more than $60 million in avoided energy costs since 2007.”

The way forward is with greener existing buildings

With governments now recognizing the important role existing buildings will play in meeting international GHG targets, the push toward mandatory market regulation is clearly not far behind. In many ways, it has already begun with upcoming energy benchmarking regulations for large commercial buildings slated for approval in Ontario late this year or early next, and other jurisdictions including the City of Vancouver and the Province of Manitoba considering similar legislation.

If this all seems daunting, the good news is that while the environmental regulation of buildings will no doubt become more stringent, LEED certification already provides built-in tools to meet these requirements. With the latest version of the rating system, LEED v4, energy benchmarking requirements and rigorous environmental measurements already go beyond what you will soon be required to do. LEED also has the added benefit of helping you pinpoint and identify key areas for improvement in your operations right away, and reap other valuable benefits both financially and from a CSR perspective. When used effectively, rating systems liked LEED don’t just act as a guide and a tool, they become an agent of deep change that can prepare your organization for the green economy that lies ahead.

To find out more about LEED Operations and Maintenance certification for existing buildings and how to get started on your first (or next) green retrofit project, visit www.cagbc.org/existingbuildings.