Canadian bus manufacturer Nova Bus is making waves south of the border sealing yet another deal i... 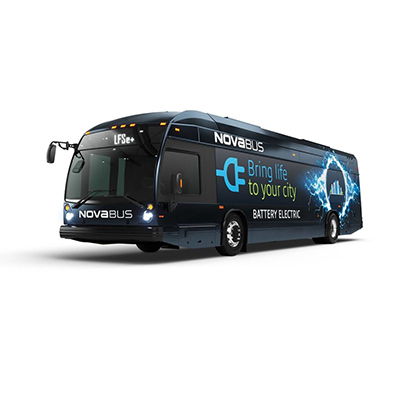 Canadian bus manufacturer Nova Bus is making waves south of the border sealing yet another deal in the Midwest, this time to supply Milwaukee County with 15 long-range electric buses.

The most recent announcement comes on the heels of the company closing a deal in February with the Chicago Transit Board for up to 600 clean-diesel buses, with at least 100 guaranteed.

“There have been a lot of important tenders and we’ve been fortunate to be able to be very successful winning a lot of these,” said Ralph Acs, senior vice-president of business region Americas at Volvo Buses.

In 1998, the Volvo Group became a part-owner of Nova Bus along with the Henlys Group. By 2004, Volvo had attained full ownership and Nova Bus became part of the Swedish manufacturer’s bus division, Volvo Buses.

The buses, which are assembled in St. Eustache, Que., just north of Montreal, come in six different models, ranging from diesel and compressed natural gas (CNG) to a number of hybrid and electric models. The company’s latest innovative breakthrough comes in the form of its LFSE+ model, which has the capability to store 594 kWh of on-board energy. The latest venture is already a success, with Vancouver-based Translink and Milwaukee County each purchasing 15 of the zero-emission buses that can go 340 to 470 km on a single charge.

“This new technology is a lot about battery efficiency,” said Acs. “You want to have the most energy in the lightest battery.”

Volvo’s retail automotive side has already made it clear the company intends to go fully electric by 2030. Being a part of the Volvo Group has its benefits, according to Acs, who noted that Volvo has put a lot of time into green technology and working with different entities within the company allows for information sharing. When it comes to suppliers, he admits the buying power of Volvo comes in handy.

“We can really try our best to leverage the [Volvo] group for supplier kind of activity,” said Acs.

With buses operating in Vancouver, Toronto, Montreal, and other major Canadian cities, Nova has been able to successfully venture into the Canadian market. Its sales pitch to potential clients is often based not only around a similar cost to normal buses but around the fact that an electric bus replacing a diesel counterpart would be reducing 100 tonnes of carbon emissions, according to the company.

“The big shift that we’ve been seeing is towards electric mobility, which is all about sustainability,” said Acs.

Acs spent the majority of his career working in the transportation and aerospace industries, serving as vice-president and general manager of Bombardier-Learjet in the U.S. The veteran automotive industry executive joined Volvo in 2014 and has been overseeing its bus entity since then. Since coming on board, Acs has refocused Nova to become a player in the U.S. market as well, noting that a fair number of American cities are a bit further along their path of moving toward renewable energy sources.

“The U.S. [is] going through this electrification journey, and so you have many cities there that are starting more and more to think green,” he said.

Nova Bus has been around 40 years, and Acs knows he doesn’t need to worry about the company’s ability to construct a bus; instead, he wants to focus his energy on incorporating new technology.

“We want to move people in the most sustainable manner… [continue] to introduce into the various cities good, clean technology,” he said.

With younger generations more involved in socially-conscious efforts, Acs is well aware of the changing tides within the business world. He recognizes that for Nova Bus to continue to evolve, it will need to expand on its electric offerings and continue to provide sustainable products for the future.

“The up and coming generation, they are a lot about green, a lot about taking care of the planet and believe in what we’re doing,” he said.

His current goal with the Canadian-based manufacturer is to continue to sell the electrification of society and encourage them to move towards electric-based products.

“The immediate [goal] is to just get society, public or the public transit authorities, all of that comfortable going from their current technology, CNG [and] diesel things, into electric mobility,” said Acs.