Canada should be leading North America in Passive House implementation for larger projects, but hasn’t advanced as quickly as it should, according to a leading practitioner in the field. 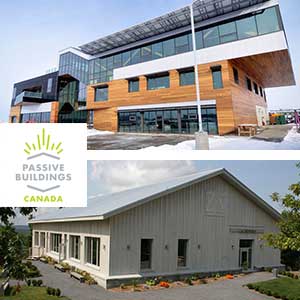 “The climate is good for this type of building,” said Adam Cohen, the Roanoke, Va.-based founder and technical director of Build SMART and a board member of the non-profit Passive Buildings Canada.

“Canada has a decent growth rate and a real need for affordable, high-performance housing.”

Cohen will deliver Passive Buildings Canada-hosted courses on building a successful design/build business and delivering high-performance buildings at market rate on Sept. 16, 17, 20, 21 and 22 at YWCA Toronto at 87 Elm St.

Passive House is a rigorous, voluntary standard for energy efficiency in a building. It reduces the ecological footprint and results in ultra-low energy buildings requiring little energy for space heating or cooling.

“We have a members-only email where our community can ask questions and get unbiased and constructive advice about solutions to specific building science questions. It is also an excellent forum for getting the scoop on where to buy Passive House-quality windows and components in Canada.”

Cohen said that while the Passive House movement has made inroads in British Columbia and Alberta, and the government of Nova Scotia has shown support, it’s had little impact in Toronto.

He believes there needs to be examples of completed projects built at market rates to get momentum moving forward. This has been the case in Europe, which leads North America when it comes to Passive House buildings.

“We are pushing the envelope so that, as others start coming down the low-energy path, the way is much easier,” said Wong. “Although Passive House is not a large percentage of the building market, it is growing quickly and has already affected the North American window industry, air barrier methods and the building code.”

The majority of Passive House buildings in Canada have been single-family homes. Cohen’s company, however, came up with a system that used snap-together components to build low-rise, wood-frame multi-family buildings.

Build SMART was doing 75 per cent commercial projects and Cohen believes larger commercial buildings are where the Passive House standard can really shine.

The Build SMART system can’t be used for all types of buildings, however, and Cohen wants to bring other types of projects into the Passive House fold.

Examples of Passive House commercial, public and multi-residential buildings from the Passive Buildings Canada website include: The Mosaic Centre multi-use building and the renewal of the 1913 Alberta Block Building in Edmonton; the Bedford Roadhouse multi-family residence in Nelson, B.C.; the Le Belvedere event space in Wakefield, Que.; and the Valley Waste Management Office Building in Kentville, N.S.

Cohen believes Passive House hasn’t taken off because North American architects are typically risk-averse and lose control of projects so they don’t have to accept liability for them. He’s adamant it takes a complete team effort from everyone involved in a larger-scale Passive House project to bring it to fruition.

“If you start out from Day One with a program of what you know you’re going to build, you can, using an integrated project design delivery system, deliver the same square footage and functionality,” said Cohen. “But because you’re beginning with an integrated team that’s aimed at high performance, you’re able to deliver it at that same market rate.”