EarthRenew likes to say that it helps turn “waste into wonder”. The Calgary-area company’s patent... 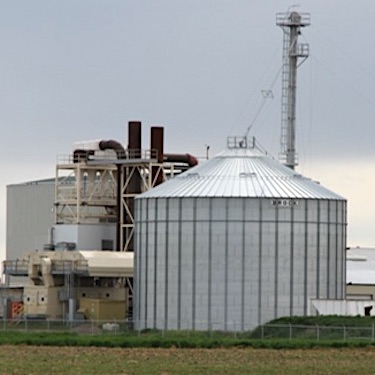 And the company is poised to grow from its Strathmore plant, just outside the City of Calgary, to other parts of Canada and into the U.S.

The company’s Strathmore facility is located on a 25,000-head cattle feedlot which is also capable of producing up to four megawatts per hour of low-cost electricity powered by a natural gas-fired turbine.

“There’s two ways to grow our market. The first way is to produce more and different products and sell it into the same geography, and there’s a part of us that will be doing that for a while because there’s a range of products. There’s work we can do there,” said Driver. “The other way we can grow our business is by geography.”

EarthRenew plans growth in the U.S.

He said the company is pursuing new projects in the southwestern United States because the “big organic, regenerative ag markets” are Idaho and Washington State, as well as Montana, Oregon, California and Colorado. EarthRenew is currently servicing some clients south of the border, but the potential for growth is significant.

“(It) would obviously make a lot more sense to build out a facility down there.” he explained. “What we’re looking for in a partner down there is: we need a source of feedstock, which is manure from composted manure or manure from a feedlot as a host site in the U.S.

Driver said the company has also been contemplating how it could stretch out to Eastern Canada and it is working on some opportunities.

“We’re focused on trying to find the spot out East that would make sense,” he said. “Right now the biggest market for our products by far is the West Coast of the U.S. So we’re going to do that while we get the Canadian site, and then maybe come back to Canada once one of these opportunities we’re pursuing in Eastern Canada comes to fruition.”

The original company was formed in 2008 and went dormant in 2011 while it was settling a commercial dispute with Agrium. Driver came to the company in 2017 when that disagreement was settled. The company went public about a year and a half ago.

“The original business was to build versions of this facility that we have in Strathmore all over, as sort of a waste manure management business backed by an off-take for the fertilizer that was being made from nutrients. They were just going to be a manufacturer of this one product,” said Driver.

“When I got involved and took on the business, it was obvious that just being a business that sells one or two products wasn’t going to be the way to build a real business because you’re selling ingredients to farmers under that model, you’re not selling solutions.

“What we wanted to do was look for blends of products based on our formulations, but with additives or other sources of nutrients blended in with it that would allow us to provide a pellet, a granule, that had a fulsome solution for farmers in the regenerative and organic space.”

The Strathmore facility will take manure from the feedyard and process it with the waste heat from onsite natural gas-driven power generation to create the product.

“We’re not doing that right now,” he explained. “We have some inventory from back in the day that we’re working our way through as of now, and our hope is to get that facility back up and working this year.”

The recently announced acquisition of a 38 per cent interest in Replenish Nutrients, a leading regenerative fertilizer and nutrient formulation and marketing company in the Calgary area, will allow the two entities to manufacture and market a wider blend of products.

“The one thing that farming runs into is, it’s essentially mining the soil for nutrients. Every year as you try and get more yield out of that soil you can deplete the soil. Practices are getting better but a lot of the commercial fertilizers that are out there feed the plants and not the soil.

“So organic or regenerative agriculture is more about feeding the soil and letting the soil feed the plant.”

Driver said the exhausted heat from the turbine is used to convert manure into certified organic fertilizer.

Recently, the company announced the Strathmore Plant generated $377,667 in revenue from electricity sales during 2020 with a 74 per cent gross margin. In 2020, it generated 1,500 MWh of electricity which it sold to the municipal grid.

“If you take the waste heat that comes off the back end of the turbine like we do, you end up with this sort of free source of waste heat that you can use,” Driver said. “So not only do we produce the electricity, but we then channel that waste gas. As opposed to it going up the stack we run it through the dryer, we control it, so we can … essentially cook the manure in a way that locks in the nutrient value and takes care of any of the residues that might be in the manure.”

M
Mario Toneguzzi Business reporter
Mario Toneguzzi, based in Calgary has 37 years of experience as a daily newspaper writer, columnist and editor. He worked for 35 years at the Calgary Herald covering sports, crime, politics, health, city and breaking news, and business. For 12 years as a business writer, his main beats were commercial and residential real estate, retail, small business and general economic news. He nows works on his own as a freelance writer and consultant in communications and media relations/training.