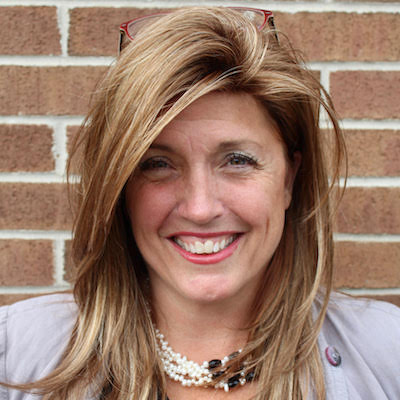 Canada’s largest food rescue organization is partnering with Empire Company Ltd. to incorporate the Second Harvest Food Rescue App across its grocery chains. The app is designed to ensure food waste from its Sobeys, Safeway, IGA, Foodland, FreshCo, Thrifty Foods, and Voilà stores across Canada will be put to good use.

“We can help thousands of people and this will really change Second Harvest’s scope and scale tremendously,” said Lori Nikkel, the chief executive officer of Second Harvest, in an interview with SustainableBiz.ca.

Since 1985, Second Harvest, a Toronto-based organization that operates across Canada, has rescued and delivered millions of pounds of food to community organizations. As a result of the pandemic, the company created an application to allow businesses such as grocery stores and restaurants to sign up and ensure that food they can no longer sell is not going to waste.

Prior to putting pen to paper, Empire ran a 12-week pilot program of the food rescue program in 16 stores across Ontario, Manitoba and Alberta. As a result, over 94,000 meals were donated to more than 30 community organizations and resulted in a reduction of 110,000 kilograms of greenhouse gas emissions, the companies say.

Empire joins Loblaws stores as the only other major grocer on the platform. Loblaws was an early adopter of the platform, with 156 Ontario and B.C. stores involved before a nationwide expansion and additional $1 million commitment in the fall of 2020.

While she is now overseeing operations at Second Harvest, Nikkel has spent over 20 years in the food insecurity space with organizations like FoodShare Toronto and Breakfast Clubs of Canada. She began working with Second Harvest in 2018.

Originally she got her start in the space running a child nutrition program at her child’s school, which she still is involved with to this day. For Nikkel, the goal has always been to ensure that Canadians don’t have to worry about where their next meal is coming from.

“It is something nobody should have to think about. If we have to shut our doors because everyone is well fed, I can live with,” she said.

Nikkel said finding partners like Empire, which are focused on sustainability and ensuring the most vulnerable Canadians are taken care of, is critical to the program’s success. When Nikkel and Second Harvest helped launch the Food Rescue Canadian Alliance in the early days of the pandemic, she said Sobeys was an early adopter who wanted to help.

“They’re really well known and they can bring awareness that we can’t necessarily bring to this significant problem of food loss and across the country,” she said,

Nearly 58 per cent of all food produced and imported into Canada ends up being wasted, with a significant amount of it ending up in landfills. Through the Food Rescue App, organizations like Empire and others can log-on and indicate that they have food they’re willing to donate.

Local organizations receive those notifications, and can arrange to get access to that food.

In previous iterations of its food rescue programs, Second Harvest would have to send out a truck to pick up food, but the app allows grocery stores and restaurants to immediately get connected with local organizations. Currently, there are over 3,400 businesses on the platform.

Nikkel said getting Empire on board is a significant addition to its scale.

“We want to scale this up really big so that we could fix the problem,” she said.

In addition, the app also logs what kind of food Empire is donating. This can in turn allow the company another way to monitor its ordering process and potentially cut wastage expenses.

“The app provides data analytics to the business which shows this is what’s being donated, so it will allow businesses to manage their own inventory a little bit better,” she said.

When everything is up and running, Empire estimates about 31 millions pounds of food and the equivalent of 41 million kilograms of GHG emissions will be reduced on an annual basis. To put that in perspective, the partnership between the two will have the same environmental impact of taking 8,600 cars off the road each year.

“More than half of the food produced in Canada goes to waste, and yet one-in-seven Canadian families struggles with food insecurity,” said Mohit Grover, Empire’s senior vice-president of innovation and strategy, in announcing the initiative. “As Canada’s second-largest national grocer, we have the reach and the responsibility to redirect this food into the communities who need it most.

“This partnership with Second Harvest is a significant step towards achieving our goal to reduce our food waste by 50 per cent by 2025.”