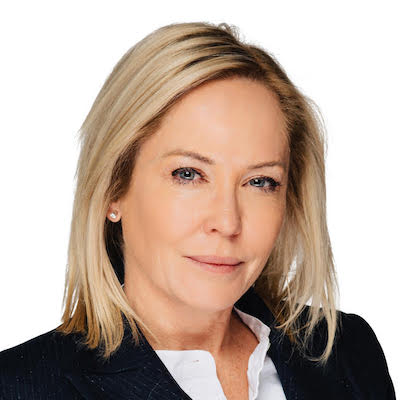 It’s the latest progression of a trend which has seen several major real estate developers, managers and investors shift to a higher focus on environmental, sustainability and governance concerns in their operations. Firms such as Dream (with its newly renamed Dream Impact Trust), and RioCan REIT and Granite REIT (which issued a combined $850 million in green bonds during 2020) are about to see more players in the space.

The One Planet Living fund (OPL) will initially focus on a pipeline of investments in the Greater Toronto and Ottawa areas.

“I feel fortunate to now be working with a partner where it’s not just about the bottom line. In the Canadian landscape, we’re going to accelerate the acceptance of sustainability,” Laetitia Pacaud, chief operating officer and chief financial officer at Epic Investment, told SustainableBiz.

The partners, Epic and Windmill

Epic Investment manages over 30 million square feet of space in office, retail, industrial and multi-family properties and $17.5 billion in assets. The real estate goliath operates across North America, but is headquartered in Toronto.

Windmill Developments was co-founded in 2003 by Jonathan Westeinde and has completed several projects across Canada, in cities such as Calgary, Victoria and Ottawa.

Windmill delivered the first One Planet Living-endorsed community in Canada through it’s ongoing Zibi development in Ottawa and Gatineau (in partnership with Dream), and is the only developer in the world to achieve LEED Platinum certifications on all of its mixed-use projects.

The negotiation process to form the partnership took about 18 months, but Pacaud said teaming up with Windmill and Westeinde was easy, given his company’s track record and stance on incorporating sustainability into all its developments.

“There’s been this increased lens on the impact we’re having on the world and we’re excited to work with Jonathan, who is only involved in projects where he can apply sustainability,” she said.

Pacaud, a native Australian who moved to Canada in 2001, has an extensive business background including time with KPMG and Caber Capital before becoming a co-founder and president of Strathallen Capital Corp.

After 17 years in the real-estate sector, she now feels she has found her calling.

“I needed to be in an industry that I was passionate about . . . I feel fortunate to have a voice through my executive leadership at Epic to support this kind of program and be in the real estate sector,” she said.

How the One Planet Living Fund will invest

The social responsibility of the projects will be addressed with the communities at play, as Pacaud explained there is often a negative stigma that builders and developers will strip away the culture of the land they’re developing. Instead, she said Westeinde and his team seek community-oriented solutions to ensure whatever is being built will be for the betterment of its residents.

“Our focus is working with the community to identify land that we ensure that all the key stakeholders are happy with what is going to be developed, so we can move in the right direction to create something that doesn’t have a negative effect,” she said.

The OPL fund anticipates an 18 per cent initial rate of return and will incorporate keys of sustainability into each of the projects in which it invests: “We’re using health and happiness, culture and community, sustainable water, sustainable materials, zero waste, equity and local economy, land use and wildlife, local and sustainable foods, sustainable transportation and zero carbon,” she said.

The fund is initially seeking to impact between one and two million square feet of new and retrofitted Canadian real estate. It anticipates partnerships with what Epic calls “impact-oriented, urban land owners” in markets with strong development fundamentals.

The fund will also be involved with deep building retrofits to class-B and class-C assets which are not owned by pension funds, and have value-add development opportunities, as well as community and large-scale developments targeting carbon-neutrality and socially progressive standards.

During her time in the industry, Pacaud said the real estate sector has often been driven more or less by its bottom line, and has not paid enough attention to its social responsibilities.

“I think the real estate industry as a whole has lagged with the application of sustainability within real estate, and I think they’ve gotten away with it,” she said.

However, that is changing for at least some major developers and owners. Investors such as DREAM, RioCan and others are starting to look at the sector through a greener scope.

“Real estate is all about making money, and if you’re looking to apply sustainability within the bricks and mortar, you’re not maximizing your return. We’re seeing a pivot now,” she said.

While this is one of the first funds started by Epic in this realm, Pacaud doesn’t anticipate it will be the last, instead hinting at other potential projects down the line.

“We hope this is the first of many funds,” she said.

She hopes being one of the earlier entrants into sustainable development investment at this scale will allow Epic to be one of the leaders in the sector.

“We will be leading the development of this OPL kind of framework in the Canadian landscape,” she said. “We will go to major markets in Canada . . . in fund(s) two and three, we’re hoping to have geographic diversity.