FortisBC Energy has submitted a groundbreaking application to the British Columbia Utilities Comm... 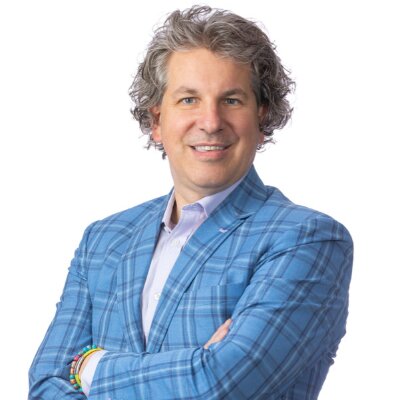 FortisBC Energy has submitted a groundbreaking application to the British Columbia Utilities Commission that would see every new gas customer automatically receive 100 per cent renewable gas in their home for the lifespan of the building.

If approved, it would make the province the first jurisdiction in North America, and FortisBC, the first utility on the continent, to make renewable gas mandatory.

Jason Wolfe, director, energy solutions for the company, said FortisBC has committed to increasing the amount of renewable gas in its system and reducing the amount of conventional natural gas used by its customers.

The company’s application also proposes that existing residential natural gas customers would automatically receive a small percentage of renewable gas as part of their gas supply by 2024. FortisBC’s existing voluntary program (which was North America’s first) will continue, providing customers with the option to select how much additional renewable gas they would like to receive.

“All (one) million customers will start getting renewable natural gas, and it won’t be a program they have to sign up for, opt-in or opt-out. They’ll automatically start getting that, and that will start at a low percentage – one or two per cent and ramp up as we bring on more supply,” Wolfe explained.

“We still will have a voluntary program for those customers, existing customers, that might want more renewable gas. So, our commercial customers might want a higher percentage. They can still hop in for that.”

The application was filed on December 17. Registered stakeholders now have an initial opportunity to ask FortisBC initial questions about the application on February 17. Following that, the regulator will decide on the next step for the application.

“We are hoping, though, to have this wrapped up in the latter part of the year so, at the beginning of 2023, if we’re successful, we can implement all the programs,” he said.

Renewable natural gas (RNG) is produced by capturing methane released from decaying organic material, purifying it, and blending it into the existing gas system. RNG is third-party-certified, carbon-neutral energy which releases no new GHG emissions when burned.

As more RNG is added to the system, it displaces conventional natural gas and lowers GHG emissions associated with the gas system. Using RNG to reduce household GHG emissions eliminates any need for expensive retrofits required to fuel switch and can provide lower month-to-month energy costs than other carbon-neutral options.

Wolfe said FortisBC has about 18 million gigajoules under contract, equivalent to the amount used by about 350,000 homes. The gas comes from landfills, wastewater treatment plants, farms and city greenway programs.

“This is from multiple sources — British Columbia, Alberta, Ontario and some in the United States as well,” he said. “That amount that is on the contract will come online within the next two to three years . . . on that new customer front where they get that 100 per cent renewable gas for all their home requirements, on average, we connect 20,000 new homes a year.”

If the application is approved, its one million existing customers will also be provided with a small percentage of RNG as part of their gas service starting in 2024.

FortisBC currently has about 10,000 customers signed on to the voluntary program to increase the amount of RNG in their supply. Depending on their choices, RNG comprises between five and 100 per cent of their gas usage.

“The building community has seen an increase of green-building policies, ranging from the raw construction materials down to the end energy consumption of the homes they build,” said Jennifer Cotton, executive officer, Canadian Home Builders’ Association, Fraser Valley, in a statement.

“Our members advocate on the importance of being economically and socially responsible while at the same time maintaining affordability, and we believe FortisBC has proposed a cost-effective option that will help members meet specific climate targets. FortisBC’s application for the option to permanently allocate 100 per cent renewable gas to new homes will help our members construct homes in a way that is economically and socially responsible, helping both the environment and encouraging housing affordability in our communities.”

A full list of FortisBC’s active suppliers is here.

“A little over 10 years ago, we were looking at how we can do this, and we figured that if we could start bringing in renewable gas to displace conventional natural gas, we can reduce emissions and make it easy for the customer because the customer doesn’t have to go and replace equipment or switch anything out,” said Wolfe.

“We do the hard work. We’re going to go out and find renewable gas, which we’ve done and continue to do, and it just flows to the customers, and they can still use the same equipment as they currently use. We’re making it easy for customers, and we’re meeting their needs of reduced emissions, keeping rates affordable for customers, and meeting all municipal, provincial and federal targets.”

FortisBC, headquartered in Surrey, is a regulated utility that provides natural gas, renewable gas, propane, and thermal energy to customers across the province.  It employs more than 2,000 people and owns and operates about 50,182 km of natural gas transmission and distribution pipelines.

“We were the first utility in North America to offer a renewable gas program 10 years ago. Nobody had done it before, and we were the first out of the gate,” said Wolfe. “We’ve been really proud of that.

“We are now the first utility that we know of anywhere globally to provide all-new residential customers with 100 per cent renewable energy. This is a pretty substantial step, and we’re quite proud of the work our team has done and the support that we have from our customers and all the policymakers.”

Martini said it incorporates sustainable technologies and practices at its studios, supporting its goal to reach net-zero by the end of 2022. The company also sits on the Advisory Committee of Reel Green, which equips productions with resources to implement sustainable practices and reduce environmental impacts.

“We are committed to reaching net-zero energy use by the end of 2022, helping our tenants and productions reduce their carbon footprint while continuing to create world-class film and TV productions,” said company CEO Gemma Martini in a statement. “An important step towards reaching our goal is switching our gas supply to RNG, with the support of FortisBC. We are investing in a range of initiatives and technologies to reduce the energy used in our studios and honour our commitment to the Reel Green production initiative here in B.C., and this is a great first step.”

Kelly Roche Energy Sustainability National Nov. 29 2019
M
Mario Toneguzzi Business reporter
Mario Toneguzzi, based in Calgary has 37 years of experience as a daily newspaper writer, columnist and editor. He worked for 35 years at the Calgary Herald covering sports, crime, politics, health, city and breaking news, and business. For 12 years as a business writer, his main beats were commercial and residential real estate, retail, small business and general economic news. He nows works on his own as a freelance writer and consultant in communications and media relations/training.