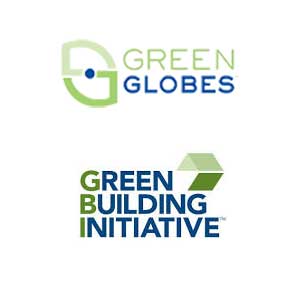 GBI’s acquisition from JLL allows it to support existing Green Globes users in Canada and to expand the reach of the rating system globally, said Vicki Worden, president and CEO of the non-profit GBI.

“GBI has been working on an expansion plan for a number of years,” Worden told RENX in an interview on Wednesday. “Only owning the U.S. rights was a bit limiting to our ability to expand.”

She said many U.S.-based clients had expressed a desire to use the Green Globes system for their international properties, including in Canada.

“When we came to (JLL) with our expansion plan, they did everything in their power to help us achieve that goal,” she said.

The GBI has owned the Green Globes licence in the U.S. since 2004.

Green Globes is an online green building rating and certification tool that can be applied to renovated or new buildings.

JLL, a global commercial property service and investment firm, bought the global rights to Green Globes in 2008 as part of its acquisition of ECD Energy and Environment Canada, which developed the Green Globes technology program.

GBI aims to standardize system for both sides of the border

Worden said GBI will work to standardize implementation of Green Globes in the U.S. and Canada.

“Initially, we’re going to continue supporting the program as it exists today and then work with the customer base in Canada to determine what improvements they would like to see, and how we can consolidate processes to make sure we’re continuing to deliver excellent service,” she said.

GBI has certified 1,594 buildings or roughly 300 million square feet of real estate since its founding in 2004. Nearly 1,330 of the buildings were certified through its Green Globes program, and 266 buildings through its Guiding Principles Compliance program for U.S. government buildings.

Whole Foods, Fidelity and MGM Resorts are among its list of customers.

Among its roughly 150 certified properties in Canada are buildings operated or owned by Canadian Tire, the University of British Columbia and the federal government, according to the Green Globes website.

“In Canada, we’re looking forward to getting to know the current customer base more and to work on seeing how our credible and practical approach can help expand the use of Green Globes in Canada outside of what is already happening there,” Worden said.

Bob Best, an executive vice-president with JLL, told RENX they had been looking to sell its Green Globes international rights for several years.

JLL believed service belonged to an association like GBI

JLL felt the service belonged with a neutral, third-party non-profit association like GBI.

Green Globes now has the ability to expand globally, Best said. “That was something, frankly, that JLL was not interested in doing.

“JLL always felt Green Globes should have been doing far better in the United States in terms of buildings using it, because it costs a fraction of the price to do it versus LEED,” Best said. “It’s a very practical, simple way for buildings to get on the ‘I want to be more sustainable, save energy, and protect the environment’ track.”

GBI has established a Canadian non-profit subsidiary called GB Initiative Canada to support the growth and previously established use of Green Globes north of the border.

Neither GBI or JLL would disclose the sale price of the Green Globes global license.