Calgary-based renewable and clean energy developer Greengate Power Corporation has major plans for the Alberta market and beyond after securing a multi-year $100-million equity commitment from Fengate Real Asset Investments. 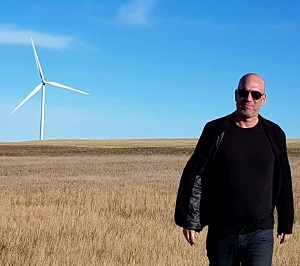 Dan Balaban, president and chief executive officer, said Greengate Power plans to develop $1 billion in projects in Alberta. Fengate’s commitment “allows us to pursue the ultimate build-out of the projects that we’re building in Alberta and it also allows us to pursue potential acquisitions of other projects outside the province.”

Balaban said Greengate is developing three wind energy projects in Alberta and another six solar projects, including a 400-megawatt site called the Travers. It would be the largest solar project in the country, located in the Vulcan area of Alberta between Calgary and Lethbridge.

“These are projects that we look to build out over the next five years. There’s still a lot of work to be done on those projects. It’s far from certain that they’re going to ultimately be built out. Renewable energy development is a fairly complex piece of work,” said Balaban.

“But ultimately we have a track record of managing that complex work and delivering successful projects and that’s what we expect to be doing as well on these additional projects.”

Greengate is currently pursuing the development of more than 1,000 megawatts of renewable and clean energy projects in Alberta and across North America.

The total investment in those two projects was about $1 billion to provide a clean source of power to more than 200,000 homes in Alberta.

Greengate developed both the projects, then sold Halkirk to Capital Power of Edmonton and Blackspring Ridge to a partnership between Enbridge and EDF Renewables.

“We are pleased to expand our platform to build and provide clean, reliable sources of energy across North America,” Andrew Cogan, managing director, infrastructure investments, Fengate, said in a statement. “We are impressed with Greengate’s track record and the quality of their developments, and this investment will provide stable, long-term cash flows for our investors.

“Our partnership enables us to access opportunities at an earlier stage, in a prudent manner, leveraging the deep expertise of Greengate.”

More than $2.8 billion in equity commitments

Fengate is an investment firm specializing in real assets, with a focus on infrastructure, private equity, and real estate. It has more than $2.8 billion in equity commitments to date, including a renewable energy portfolio comprising wind, solar, hydro and biomass projects across North America.

“If you look at it from a global context, renewable energy is the fastest growing source of energy we have in the world. In 2016, it was the first year where investment globally in renewable energy surpassed investments in fossil fuels,” said Balaban. “So we’re seeing a global trend which I expect is going to continue.”

In Alberta, he said, the provincial government’s climate leadership plan calls for a phasing-out of coal-fired electricity by 2030. It is to be replaced with 5,000 megawatts of renewables, creating a $10-billion opportunity for investment in the sector.

“Greengate has a track record of success in the Alberta market and with this favourable policy environment that we’re in, we believe we’re well-poised for success going forward,” Balaban said. Having Fengate on board means Greengate can “ultimately build them out and own them on a long-term basis, as opposed to selling them at construction, like we did previously.”

“For a long time, the narrative on renewables was that they are good for the environment but they’re costly,” he said. “I think that narrative has changed. The proof is in the auction the Alberta government held last year where the average price for wind was $37 a megawatt hour. That was a historically low price, a record low price, for Canada.

“The renewable energy industry has now matured to the point where we’re actually the most cost-effective source of new power generation available, but we’re also emissions free. Investments in renewables are not something that needs to be political. I think it’s something that just makes sense.

“We can have our cake and eat it, too. We can be cost-effective and environmentally responsible.”