Hillcrest Energy Technologies has completed the design specifications for its first high-efficien... 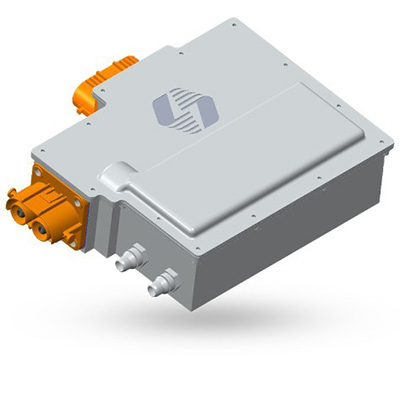 Hillcrest Energy Technologies has completed the design specifications for its first high-efficiency inverter (HEI) commercial prototype, which it says is lighter, more compact and more efficient than systems currently employed in the electric vehicle industry.

In an electric vehicle (EV), the inverter takes the high-voltage DC electricity from batteries and converts it into AC electricity for the motor.

The Hillcrest HEI, which was designed for EVs but could also have other applications, will lead to lighter, smaller, and more powerful powertrains.

The prototype silicon carbide, high-efficiency inverter is expected to be rated to 250 kW 800V, with a maximum of 1000V. The specification refers to the amount of power the inverter can handle for an indefinite period of time.

It is also expected to exceed 99 per cent efficiency in the usable AC output power delivered to the motor.

Development of the high-efficiency inverter

Work on the inverter began in the summer of 2021 between Ari Berger, Hillcrest’s CTO, and the company’s partner, Systematec GmbH of Landsberg am Lech, Germany. Systematec has over 25 years of experience in drive-train engineering for hybrid and electric vehicles.

Proof of concept on the inverter came at the end of December.

It is also designed to be mass produced.

“The reason this technology is so exciting is that usually, you would get higher performance (with different inverters), but . . . it would cost more,” Berger said. “It would be bigger and so on. That’s not the case with this technology.”

Berger and Systematec’s managing director, owner and founder Harold Hengstenberger have known each other for many years. They worked on a project together for Volkswagen back in 2014.

Berger joined Hillcrest in October 2020, having previously been the CTO at the electromotive company Exro Technologies. He also founded NIG Systems Ltd. in Israel in 2015.

While the technologies developed are wholly owned by Hillcrest, Systematec does have rights to future revenues and commercial properties. Berger credits the company’s involvement in the fast-tracking development of the inverter by “several years.”

Currie wouldn’t name potential customers but stated Hillcrest has been approached by original equipment manufacturers and renewables companies, with commercial deployment expected to kick off sometime between May and this fall.

Currie also believes that within five years, given the rapid pace of EV technological development, the company will upgrade the inverter to “1600 or 1700V.” That level of power is necessary to enable charging in minutes, which would compare favourably to the time it currently takes to fill a vehicle’s gas tank.

While the current focus for the HEI’s application is in traction motors, Berger said the inverter could be used in any AC/DC application. Currie said Hillcrest has a memorandum of understanding with a “heavily involved” company deploying EV charging stations across B.C., with expansions planned into Eastern Canada.

“We’re going forward with electrical systems that use the inverter, powertrain, and so forth,” said Currie, Hillcrest’s CEO since 2010. “There’s a market; it will grow farther, faster than any company can service.”

“We just want to be front-and-centre with one of the best technologies today that will adapt to these systems.”

Berger also said Hillcrest is working on a second application that will utilize the HEI’s increased power efficiency on what he calls a “larger systemic level.” However, he declined to provide further details.

According to Allied Market Research, the global power electronics market was valued at $29.3 billion in 2019 and is forecast to top $46 billion by 2027.