At a time when a lot of investors are focused on clean technology and renewables, InvestEco Capital Corporation is bucking the trend. 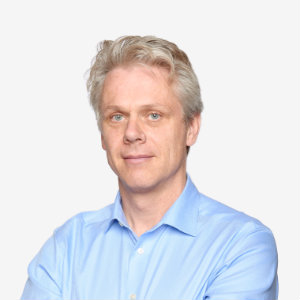 The Toronto-based private equity group is putting its money behind sustainable food and agriculture companies. “We believe there is less capital going into that at the stage we’re investing in,” said InvestEco co-founder, Andrew Heintzman.

Heintzman said a lot of the big funds are putting their money behind clean tech or energy. “There’s relatively less capital available for the food and farming space.

“It fit our management team’s strengths and capabilities. So we’re really able to add value in this businesses.”

The North American sustainable food sector isn’t exactly small potatoes. It’s been growing at a rate of more than 10 per cent annually for the past decade and is now worth more than $100-billion a year.

According to InvestEco, that growth has allowed a number of small to medium-sized sustainable food companies to prosper and it is now attracting large food firms that have begun making strategic acquisitions in the space.

InvestEco looks for companies beyond the start-up phase

Typically, InvestEco looks for firms that boast between $2-million and $20-million or revenue at the time Heintzman and his partners invest, and which InvestEco has identified as high-growth.

Some of the firms InvestEco has backed include Organic Meadow, an organic diary company; Maple Hill Creamery, a leading brand of grass-fed organic yogurt and dairy products in the US; and Rowe Farms, a retailer and supplier of locally-grown and sustainably-raised food products.

While Heintzman said a firm’s growth potential plays a definite factor in InvestEco’s investment, the company has gravitated to particular kinds of deals recently. Those are one where a company demonstrates what Heintzman refers to as an unique farming protocol.

“They’re basically approaching farming in a new way, in a way that either, or both, reduces environmental footprint and produces a more healthy end product.”

More often than not, these companies end up creating proprietary supply chains, and also tend to have brands well-known to consumers. “We have a number of investments that fit that profile,” Heintzman said.

InvestEco has raised some $70-million in capital

InvestEco incorporated in 2002 and began investing the next year.

“We felt there are obviously growing challenges in our world relating to sustainability and that by moving capital into the solutions, we would both be solving problems, but have a chance to make a good financial return at the same time.”

Since the company began it has raised around $70-million and invested some $45-million.

Before InvestEco focused on food and agricultural some of its earlier investments concentrated on clean technology. One such investment was Enerworks, manufacturer and supplier of solar thermal technology, for example.

Heintzman himself holds a BA and an MA from Montreal’s McGill University. He sits on a number of corporate boards, largely related to the food and agriculture industries. He acted as the chair of the Premier’s Climate Change Advisory Panel for Ontario from 2008 to 2012 and is the author of The New Entrepreneurs: Building a Green Economy for the Future.

When it comes to sustainable investing, think long-term

In late October, OceanRock Investments Inc., manager of Meritas SRI Funds, announced its investment in InvestEco for an undisclosed amount.

Meritas SRI Funds is making an investment in the InvestEco Sustainable Food Fund II, L.P. The fund is only marketed to Canadian accredited investors.

The investment is part of the Meritas fund family’s new, broader Impact Investing mandate, which includes building healthier, sustainable communities close to home in Canada, the U.S. and around the world.

Earlier in July 2016, the Co-operators, the Canadian co-operative with more than $40 billion in assets under administration, also announced a “significant” investment in InvestEco’s Sustainable Food Fund II, LP.

When it comes to sustainable investing generally, Heintzman advises long-term thinking. “Don’t get too stuck on short-term trends. Think about building business for the long-term.

“It’s true of all investing, they all get kind of driven by trendy things. That’s usually not the right way to think. It’s another way of saying, sustainability. It’s sustainable in a long-term economic sense.”