The millions of dollars being put into the London City Centre twin towers in London, Ont., is paying off in both cost-savings and recognition. 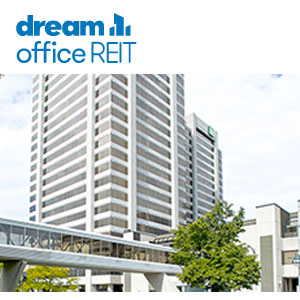 “I’ve been here for five-and-a-half years and all we’ve been doing is technological migration from the 20th century to the 21st century,” said property manager Kurt Bromhall.

“We’ve become a very sustainable building. We’ve lowered our electrical costs to the lowest level since 2008.”

The office structure was completed in 1974 and includes a 23-storey south tower that was once the city’s highest building along with a 19-storey north tower. Together they encompass 540,785 square feet of leasable area at 380 Wellington St. and 275 Dundas St. in the heart of downtown London.

“Five years ago,  we started putting in new, high-efficiency motors with a variable frequency drive attached to them,” said Bromhall. “Four years ago, we did 50,000 tube replacements for our light replacement program.

“We’ve invested in solar harvesting and solar technology. We put a lot of money into rebuilding our building automation system so that we can allow everything to be tied back so we have tighter controls. Right now my emphasis is on replacing 40-year-old pumps with state-of-the-art technology.

“With everything that we do, we can qualify for the saveONenergy program through London Hydro.”

London City Centre’s waste diversion has reached 85 per cent. Among its next initiatives are installing touch-free toilets and faucets, replacing rotary doors with manual doors, and renovating the main floor concourse with new tiles, ceilings and LED lighting.

“There’s always more to do, and having the backing of Dream REIT goes a long way,” said Bromhall. “They’re really supportive of the initiatives that we’re trying to do here.

“At the end of the day, the city of London and Dream have a property that they can be proud of.”

Bromhall said London City Centre won the Mayor’s Sustainability Energy Council Award last year for the reductions it has made in hydro usage.

London City Centre was named building of the year for properties from 500,000 to one million square feet and received a certificate of building and management excellence at the May 12 BOMA Toronto awards gala. It was recognized for standout work in building management and operations, community impact, tenant relations, energy and environment management, emergency preparedness and the training of building personnel.

“There’s a lot of overlap when it comes to all of these recognition things,” said Bromhall. “Most of the backbone is there and just needs to be fleshed out.”

“It’s a very healthy office tower,” said Bromhall. “We’d like to get to 100 per cent, but we’re pretty proud that over the past few years we’ve been creeping up and it seems that everybody wants to be here.”