Making buildings greener doesn’t have to be rocket science 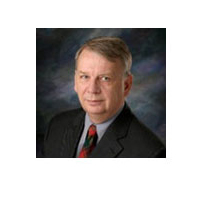 For years, my brother complained about the heat in the summer cottage. I’d suggested that using a soaker hose to dampen the roof would turn the whole roof into a big air conditioning unit. He finally agreed to give it a try (just to humor me, I think, younger brother – what does he know). Low and behold, on a hot afternoon, the ceiling temperature dropped from 110 down to 84 degrees F in the space of two hours. They now need blankets at night.

This effect is called evaporative cooling, which takes advantage of the fact that water, when it turns to vapour, absorbs heat from the ambient air. Evaporative cooling units can consume considerably less energy than conventional units that rely on vapour compression. The only refrigerant is water, and has been in use from the time of the ancient Egyptians. Give some thought as to why you sweat when you’re hot.

This type of passive cooling does have some shortcomings – it won’t dehumidify the air, and high humidity conditions do reduce its cooling capability. Still, it can be a superior and much more environmentally friendly alternative to compression-based technology, and the capital cost was less than $20 to set it up.

Buildings are huge consumers of energy

We do need to be thinking about new (or perhaps really old) and innovative ways we can reduce energy consumption from our built structures, or even rethink the utility of windows, roofs and exterior walls to be more than just inert surfaces. According to the U.S. Department of Energy, commercial and residential buildings each account for about 20 per cent of total energy use.

In the commercial setting, HVAC systems alone can account for over 40 per cent of a commercial building’s energy consumption, since they are often oversized to quickly respond to comfort demands on the hottest and coldest days of the year.

What got me thinking about this was a presentation given by Katherine McKenna, Canada’s minister of environmental and climate change, at the Better Buildings Breakfast here in Ottawa in June.

The Liberals are looking for ideas

She gave clear indication that the federal Liberal government intends to carry forward with its green initiatives. Bureaucrats and policy makers don’t have all the answers – the Liberals want individuals and organizations from outside government to come forth with ideas on how carbon emissions can be reduced.

Which brought us to roofs. One of the interesting factors of green roofs is that they can act as a passive technology in terms of air-conditioning and air cooling, as contrasted with mechanical air conditioning which is both expensive and, in the absence of a green roof, almost counterproductive. Typical roofs actually act as a heat generator, creating a very large “radiator” at the top level of buildings. But if we take a passive approach such as evaporative cooling, this roof-mounted heat generator can be turned into a ceiling-mounted cooling surface.

The other thing that came out of the meeting is that government policy is going to encourage (read “funding”) the development of potential green solutions, knowing that not all of these will prove successful. The Minister quoted Bill Gates, that only one in 10 innovative ideas end up successful and effective.  Remember that the Second World War was won by innovation, and that not all the ideas tried worked, but in the end there were enough ideas that were successful.

It’s not like these technologies aren’t already available. Industry organizations like the Continental Automated Buildings Association have been driving the green agenda for years, not to mention standards for sustainability like Leadership in Energy and Environmental Design (LEED) and BOMA BEST. It’s become table stakes for any new build or retrofit to market itself on its sustainability.

But some green technologies are more palatable than others in an industrialized society. Speaking with a colleague recently about passive technologies such as evaporative cooling, he suggested that one of the holdups is the resistance of North American engineers to what might be viewed as “third world solutions” to our environmental problems, with the normal preference given to active, perhaps more complicated, and probably more expensive, solutions.

We need to be more open-minded about solutions to the issues at hand. Yes, technological innovation may be part of the answer, with technologies such as photovoltaics for energy harvesting, or low-cost sensor networks (Industrial Internet of Things), that can improve the cost/operational efficiency of existing building automation systems. But we shouldn’t overlook the merit of what may be perceived as less sophisticated.

We need to put all the options on the table, and weigh their pros and cons, without letting our technological bias lead us to dismiss viable options.

To discuss this or any other valuation topic in the context of your property, please contact me at [email protected]. I am also interested in your feedback and suggestions for future articles.

John Clark is Vice President with The Regional Group of Companies Inc. He has more than 33 years of experience in the real estate appraisal field, is a fully accredited…

John Clark is Vice President with The Regional Group of Companies Inc. He has more than 33 years of experience in the real estate appraisal field, is a fully accredited…