Throughout the last century, technological advancements have revolutionized the way we live. From transportation systems to the expedition of communication, these contributions have created a level of convenience and economic prosperity unknown to previous generations. 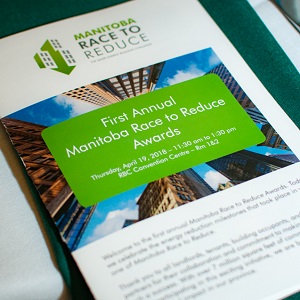 While there are marked advantages, more recent concerns regarding the externalization of environmental and social costs related to the consumption of energy needed to fuel these processes have raised questions about the sustainability of current extraction and distribution of energy systems.

Manitoba is no exception.

Despite the province’s skill for producing renewable energy, more than a billion cubic metres of non-renewable natural gas is imported into Manitoba during an average per year. Regardless of publicly funded projects such as Bipole III transmission line and the Keeyask Generating Station, climate change, impending carbon taxes and inflation mean the cost to society associated with energy use is going up.

This is especially true within the commercial sector where, according to NRCan, energy use and GHG emissions are growing fastest.

These issues have left many commercial building owners and managers looking for creative ways to reduce energy use. This could explain the rise of successful energy efficiency building challenges, like Manitoba Race to Reduce.

Manitoba Race to Reduce involves collaboration between commercial building landlords and tenants to encourage smart energy use. The objective is to reduce participants’ energy consumption by 10 per cent over four years.

In the commercial building sector which includes both public and private institutions, the importance of energy efficiency is significant.

Public organizations face a mandate to use public funding responsibly. Any financial surplus resulting from public activities should be reinvested in some form toward the continued function and improvement of that society.

Private institutions may not have the hindrance of the taxpayer’s eye, but corporations are still subservient to shareholders and even more so to their competitors.

In both cases, the commercial sector’s public reach places it in a unique position to influence large populations in relation to energy efficiency.

Despite this, and the well-recognized existence of technologies to improve energy efficiency, many commercial buildings still aren’t utilizing these low-risk and well-proven tools for responsible fiscal, social and environmental management.

It’s well documented that energy conservation is not only critical to mitigating the negative effects of climate change but also to saving money. However, the uptake of energy-saving upgrades, retrofits and behavioural changes in commercial buildings remains slow.

This well-studied but complex societal problem is referred to as the “efficiency gap”. The term is used to describe the difference between levels of investment in energy efficiency which appear to be cost-effective, and the (lower) levels actually occurring.

Studies on the phenomenon highlight a combination of economic, organizational and behavioural barriers as the reasons for neglecting energy efficiency within the commercial sector.

Primary barriers postulated by researchers include issues of split incentives, capital constraints and lack of information. While some of these constraints can be alleviated with appropriate policy tools, like mandated building codes and carbon taxes, a significant contributor to change requires a societal shift that starts within the sector.

Tapping into the competitive nature and public impression of commercial organizations, Manitoba Race to Reduce is modelled after a program by the same name in Toronto, implemented in 2011 by Civic Action.

Despite pressing issues plaguing Southern Ontario at the time, such as energy shortages and smog, local politicians hesitated to make any major policy changes. Recognizing the need for a creative approach to move energy efficiency forward, Civic Action worked with large-scale local commercial organizations to come up with a plan.

That plan morphed into a four-year race, aimed at reducing energy use from participating buildings by 10 per cent.

The results were a resounding success, with 69 million square feet of regional commercial office space, equal to 42 per cent of the Greater Toronto Area, collectively reducing energy use by 193 million ekWh (equivalent kilowatt hours) or 12.1 per cent. The program was the recipient of the national 2015 Clean 50 Award – Top 15.

In Manitoba, participant registration is over seven million square feet of commercial office space. The vast majority of participants are found within Winnipeg city limits – a significant percentage of participants for a city with a modest population of just over 700,000.

The program provides participants with a plan of action, a toolkit of technical advice, and case study intelligence. These resources help organizations increase awareness of their energy use, measure and monitor their energy use, and change workplace behaviours and processes to make them more energy efficient.

The ability to win awards for innovation, communication, and collaboration, and be recognized as industry leaders,  boosts enthusiasm among tenants as well.

With similar grassroots initiatives being launched across the country, the value of these programs in breaking down barriers to commercial energy efficiency is being realized.

Three years remain in the Manitoba version of the race. Final results are unknown.

But, the willingness of building owners to jump onboard with the program demonstrates a need for assistance in knocking down barriers to energy efficiency and a timely recognition that change starts from within.