A smart grid project employing solar panels and a state-of-the-art battery storage system at an O... 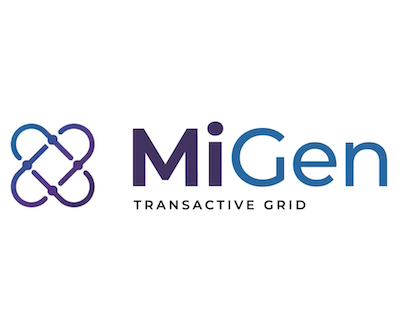 The “investment in innovative technology will help families in Ottawa save money and reduce pollution,” said Ottawa South MP David McGuinty in a release announcing the funding.

The investment is for Phase 2 of the micro-grid energy project in partnership with Hydro Ottawa at one of OCHC’s properties. The partnership is designed to create net-zero communities by allowing participants to generate, store, and share electricity in a connected micro grid.

It’s one of many projects “that will be announced across Canada and Ontario, and there’s a few others that are likely to be announced for engagement in the City of Ottawa,” said Michelle Maxwell, a NRCan senior project analyst in the innovation and energy technology sector. “So stay tuned.”

Here’s how it works: After the panels and battery storage are installed on the buildings, a smart inverter converts the sun’s energy into electricity. Lithium-ion battery storage allows for a constant supply of electricity, even when there’s no sun. Unused electricity can be stored to protect against outages, shared with connected neighbours or sent back to the grid for credit, according to Hydro Ottawa’s outline of the program.

An optional air-source heat pump with thermal storage can store energy as hot or cool air for later use. Connected devices and an intelligent software system manage and optimize the process, providing maximum efficiency and savings.

NRCan’s Smart Grid Program was created to allow utilities to reduce pollution and optimize electricity use while encouraging innovation.

“Thanks to our partners and funding from National Resources Canada, we are bringing the electricity grid into the 21st century with MiGen Transactive Grid,” said Hydro Ottawa president and CEO Bryce Conrad. “By working together with academia, business, and government, we are making it easier for everyone to generate, use, store and sell clean energy.”

The program is part of the Government of Canada’s more than $180-billion Investing in Canada infrastructure plan.

Ottawa isn’t the only city to get on board with smart grids. Feedback so far has been “really positive,” said Maxwell.

Maxwell said she attended a June 21 announcement in Guelph, Ont. for two Alectra Utilities Corporation projects and was able to experience the buzz firsthand. That’s when Guelph MP Lloyd Longfield announced a $3-million investment for Alectra.

The first project will demonstrate the ability to buy and sell power between utilities and residences. Using blockchain and other technologies, homeowners will be compensated for the power they provide to the grid.

For customers, it offers up more convenience, greater control and transparency, and enhances service reliability. Utilities will have the ability to conduct real-time transactions and better respond to demand.

Alectra developed these projects at its Green Energy & Technology Centre in Guelph, in collaboration with Enbridge Gas Inc., Ryerson University and the City of Markham.

The feds’ Smart Grid program formally launched in 2018. It will receive funding until March 2022.

“The program goals include looking at greenhouse gas emissions reductions, and also green jobs and looking at the cleantech sector and how it can support that,” said Maxwell.

They’re connected to a pair of documents: The Pan-Canadian Framework on Clean Growth and Climate Change; Generation Energy, and individual program goals.

“If you think about the Smart Grid technology, effectively, it’s an enabling mechanism for sustainability because it allows for distributed generation,” said Cynthia Handler, NRCan director in the innovation and energy technology sector. “It’s an enabling technology for distributed generation because more variable sources of energy can be managed more effectively within a smart grid. It’s also enabling for electrification of demand, so electric vehicles, increased electrification in the home.

“The smart grid is a piece in the middle of it, helps put it all together.”