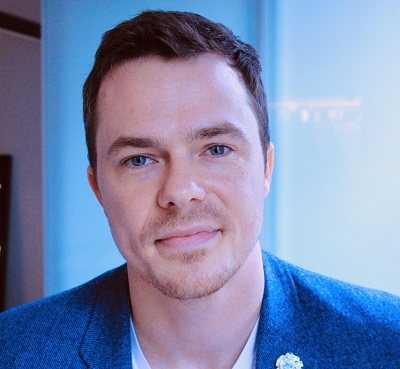 “The way to control those costs is having data and being able to control different elements in the most efficient way possible,” said Brad Pilgrim, co-founder and CEO of Parity.

While the announcement is recent, the two companies started to work together three years ago when they installed Ecobee’s thermostats into three different condos in downtown Toronto as a pilot project.

Ecobee’s smart thermostats were able to coexist and coordinate between the fan coil units and the heat pumps in the condo building of major HVAC systems.

With this initial project, Pilgrim said they were able to capture true demand data, which allowed them to better understand the temperatures needed and to ensure there was no overproducing being done.

Through their partnership, property managers and owners will get access to Ecobee’s thermostats and Parity’s real-time data software. The dashboard, Pilgrim noted, benefits a slew of customers, from the mechanical company overseeing building equipment to property managers trying to finalize budgets, as well as tenants who would see a cheaper cost of living.

“We bring operational data and measurement data to life and it allows you to make better decisions about your own environment and comfort,” said Pilgrim.

During the pandemic, with more people either working from home or having to stay at home due to public health recommendations, it was more important than ever to manage and reduce energy costs.

In non-profit condominium structures, people living in a unit pay for their electricity through a sub-meter. Heat comes from common areas, originating from a superheater, like a boiler or boiling farm. Cooling comes from a cooling tower or chiller.

With heating and cooling coming from a common area, it counts toward the common area budget, which is oftentimes split between tenants in the building. Anything from fitness areas, parking garages, utility rooms, elevators, stairwells, storage and maintenance areas, lobby space, and other communal spaces like rooftop terraces and kitchens fall under a common area.

“When everybody was forced to work from home the common area expenses were actually the ones that were impacted the most,” Pilgrim said.

With work from home potentially becoming a more conventional option for people going forward post-pandemic, Pilgrim noted it is going to be crucial for building operators to look at cost-cutting measures, especially in the energy sector.

“It is estimated that an average size, multi-residential building could save as much as $30,000 per year using the Parity/Ecobee system and reduce their annual carbon emissions by 30 to 50 per cent,” read a recent press release announcing the initiative.

For Pilgrim, when Parity evaluated working with Ecobee, the company’s mission statement and its approach to reducing carbon emissions was front and centre.

The smart thermostat manufacturer, which has been around since 2007, is one of the biggest in its product market, competing with the likes of Google’s Nest line. Its mission statement from the start was to help customers reduce their energy consumption and put more money back in their pockets, while more importantly providing an environmental benefit.

For Pilgrim, his journey in the sustainability sector started off in solar energy working for PURE Energies out of Utah. During his tenure, the company was developing technology for portable solar products and batteries. From there, Pilgrim knew he wanted a role where he could help address climate change.

“I love the mission to do something bigger, something that is global and has an impact,” he said.

After returning to Ontario and joining NRG Home Solar, a residentially focused rooftop solar company, Pilgrim wanted to develop and find a scalable technology product to bring value both monetarily and environmentally to consumers.

After learning 40 per cent of all carbon emissions in North America are caused by buildings, he found his calling and founded Parity in 2016.

“There needed to be a product,” he said.

However, it could not just be any product. For Pilgrim, the key was ensuring they not only gave control to building managers through their real-time dashboard, but also integrated artificial intelligence (AI) to ensure things were always operating smoothly.

While his product has benefited from the use of AI, Pilgrim anticipates Parity is just one of many in the sustainability sector to rely on the technology going forward.

“I think we’re just scratching the surface on the ability for AI to revolutionize different industries,” he said.

WZMH, Ryerson studying use of DC microgrids in buildings

Derek Clouthier Energy Energy efficiency National Mar. 30 2021
Ahmar Khan Journalist
Ahmar Khan is a journalist based out of Toronto, Ontario, who covers business, politics, race, sports and inequality across Canada. Khan has bylines in Yahoo News, Politico, the Toronto Star and previously worked for CBC and CTV as a reporter and producer at the local and national levels.