When Paul Frith got involved with the Canada Green Building Council (CaGBC) six years ago, he kne... 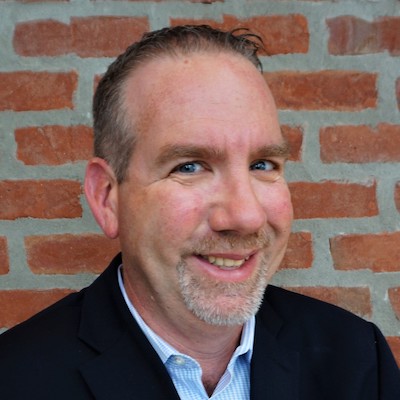 When Paul Frith got involved with the Canada Green Building Council (CaGBC) six years ago, he knew one person within the organization. Now he’s been recognized for his volunteer efforts with its Greater Toronto Area chapter.

The Burlington resident is among the winners of the 2020 Leadership, Green Building Excellence and Students Leading Sustainability Awards.

“I’m thrilled to have won the award, but I don’t want anybody to think that I do this because I’m trying to get awards. I’m not — I legitimately believe that the CaGBC is an amazing organization,” Frith told SustainableBiz.

He’s being recognized as the national chapter volunteer leader. Winners are being formally honoured throughout the virtual Building Lasting Change 2020 event, currently taking place on five consecutive Tuesdays through October 20.

Leadership award winners have also been featured in a series of weekly CaGBC profiles, while Green Building Excellence winning projects will be highlighted in a series of upcoming Lunch and Learn sessions.

Frith is described as a “tireless advocate” for CaGBC’s Greater Toronto chapter. His fundraising and organizational work as co-chair of the chapter’s Drive for Change golf tournament committee has been a pivotal factor in the event’s success over the past four years.

Overall, his support of CaGBC initiatives bolsters the organization’s network in the Toronto area.

Frith with CaGBC began shortly after he entered the industry. When he started, he “literally knew one person,” but kept networking to expand his involvement.

“That one person that I knew when I was trying to build my network, I said ‘who do I need to know?’ ” Frith said. “The first thing that came out of his mouth was ‘Hazel Farley.’ ”

So, Frith met Farley, the CaGBC’s executive director, and his involvement “kind of transcended from there.”

His activities involve all things green, literally and figuratively, from co-founding the CaGBC’s golf tournament to networking events with Green Drinks Toronto.

After an uphill struggle to make the inaugural golf tournament happen, Frith said the event has grown to become one of the chapter’s largest fundraising events (the annual awards gala is its most significant source of funding).

Despite the COVID-19 pandemic, the fifth annual Drive for Change tournament was held in Oakville, Ont. at Glen Abbey Golf Club on September 24. The revised format incorporated measures to ensure the safety of all participants.

Frith’s day job as director of sales and advocacy at Geosource Energy Inc. focuses on geothermal energy and its potential in Canada. The systems can provide both geothermal electrical power, and geoexchange for heating and cooling of buildings.

How the systems are generally utilized changes depending on where you are in Canada. Out west the technology is focused on power generation while in Ontario, it’s most often employed for heating and cooling.

That drilling can go from 600 or 800 feet down, to kilometres into the earth. Glycol is injected into a loop system, the loop is kept at a constant temperature and the ground is used as a battery.

“Then you’re extracting that from the ground” with a pump, he explained.

It’s essentially rejecting heat during the summer, and using it in the winter to heat buildings.

Frith is a lobbyist and spends his days talking to different government ministries, educating them on the benefits of geothermal and the tie-ins to the cap-and-trade program and Green ON.

“I love doing the right thing,” said Frith. ”Carbon and greenhouse gases are a global problem — if I can do something to help change that, I am all over it.”

Barriers and challenges for geothermal

So what’s holding it back?

In construction “there’s always barriers,” he said, such as capacity, training and workforce barriers including an education gap: “There just aren’t enough bodies right now” to perform drilling work, he said. “We are hiring every person we can get to drill for us.”

There’s only one educational facility in Canada offering a drilling course and within that program only “a very small percentage” is geothermal.

That’s not the only challenge. Frith said in Ontario and other jurisdictions, governments need to do more to promote technologies such as geothermal.

And, while awareness is growing, he said more development firms need to get onboard. If you’re a developer who’s been “putting up towers and buildings” for 50 years and the strategy has been successful, “to change it doesn’t make a lot of sense,” he said.

Drilling costs factor in, and can be heavily influenced by local geology.

Frith offered an urban example looking at two neighbourhoods in Toronto: A 600-foot borehole at Lake Shore Blvd. W., where the equipment must only go down 10 feet to hit the rock layer would be the lowest-cost drilling, but as soon as you head north to the Casa Loma area where rock is buried deeper, “your costs have tripled.”

The easier it is to get to rock, the better, he said.