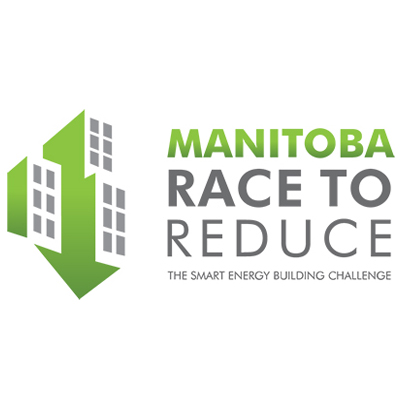 Pitblado Law has become the first major law firm in Manitoba to adopt energy efficiency practices as part of Manitoba Race to Reduce.

The law firm currently occupies two stories of a 760,000-square-foot building located on the iconic corner of Portage and Main in downtown Winnipeg. Owned and operated by Artis REIT, the building was one of the first to commit to reducing energy use by 10 per cent over four years as part of Manitoba Race to Reduce.

This is exciting news for race organizers because, unlike the original Race to Reduce launched in Toronto in 2011, participation in the Manitoba version has been predominantly landlord driven.

“In contrast to the Toronto race, the majority of our participating buildings are multi-tenant,” says Stacey Peters, regional director for Summerhill’s Western Region, which is implementing the Manitoba Race to Reduce. “The challenge for us has been to find a way to engage the tenants in participating buildings, which sometimes have upwards of 50 tenants.”

In single-tenant owned buildings, communicating the initiative with staff is often easier. Once executives agree to register a building into the race, internal marketing departments and CSR departments can streamline communication throughout a building, reaching staff relatively easily. They can also mandate certain behaviors, like turning off computers at the end of the day, or making decisions to invest in energy efficiency measures.

Challenge is to engage tenants

In multi-tenant owned buildings, such as the registered building in which Pitblado Law is housed, engaging everyone in the building is far more challenging.

“Once a landlord registers a building, they can’t just go into a tenant’s space and tell them how they have to operate,” Peters says. “And, undertaking any type of retrofits in tenant spaces can’t be done without their consent.

“Plus, in many of these buildings, there are no-soliciting clauses, meaning we can’t reach out to tenants directly without their consent.”

In an attempt to navigate around these barriers, Manitoba Race to Reduce offers free tenant engagement sessions as a starting point for participants. Landlords use a pre-drafted template to invite tenants to attend an information session about the race.

As an incentive, refreshments are usually offered, and sessions are hosted in a conference room in the participating building, making it easier for tenants to attend.

Law firm gets involved in Race to Reduce

It was through one of these tenant engagement sessions that Pitblado Law became aware of Manitoba Race to Reduce. Nicole Smith is a lawyer for the firm and was tasked with attending.

“I wasn’t familiar with Race to Reduce and hadn’t realized our building was competing in it,” says Smith. “Once I learned more about it, I was eager to get staff engaged.”

But, awareness of the program is only the first step.

“It can be difficult to engage law firms in energy efficiency and waste management practices due to the nature of the job,” she continues. “We’re hoping that by involving ourselves as part of a race, we’re going to tap into the competitive nature of law firms.”

According to the Canadian Bar Association, the biggest problem is the huge amount of paper used by law firms. Its 2014 publication Greening Your Law Firm: A Practical Guide to Creating an Environment-Friendly Law Office states “the average lawyer uses 20,000 to 100,000 sheets of paper a year. Making paper is enormously energy intensive; to produce one ton of paper results in about 11 tons of carbon dioxide equivalent gases. That’s in addition to the six tons of carbon dioxide from electricity use and three tons from commuting also generated by the typical lawyer.”

In addition to these findings, of the five largest law firms in Manitoba according to lexpert.ca, none appears to have office sustainability or energy policies listed on their websites, although three of them did register their offices in the 2018 Commuter Challenge.

Hoping to set a precedent

The goal of Pitblado Law’s involvement in Manitoba Race to Reduce and promotion of energy efficiency is twofold: “We obviously want to contribute to the success of our building in this Race and potentially win some awards,” explains Smith. “But, we’re also hoping to set an example to other law firms in the province, to demonstrate that energy efficiency and sustainability can be a priority in the office and that implementation doesn’t have to be complicated.

“We’re not the only law firm located in a building that is participating in this race.”

Since the tenant engagement session, Pitblado Law has reinvigorated its office green team and begun communicating this and other sustainability initiatives with staff. These include limiting printing, turning off lights when not in use, and limiting the use of disposable dishes. They’re excited to see if other firms will follow suit.

To learn more about Manitoba Race to Reduce and how you can get involved, visit www.manitobaracetoreduce.ca.