For Quebec’s Proment Corporation, its newly announced 36-storey condo development, EVOLO X, will be the latest green building in its seven year build-out of the Pointe-Nord ecological neighbourhood on Nun’s Island, minutes from downtown Montreal. 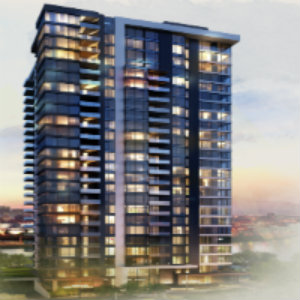 The building will include a geothermal energy system, energy efficient windows, air exchanges equipped with heat recovery systems, and will use materials that emit less pollution and are locally sourced in order to minimize the impact of the construction on the environment.

Ilan Gewurz, Proment’s executive vice-president, said, “One of the things that’s really exciting is besides the location, the quality of the floor plans and the amenities and the quality of construction, we’re a LEED Gold neighbourhood.”

“That means not just our buildings are green, but the whole neighbourhood is green, including walkability and proximity to commercial (buildings) and public transport,” Gewurz said.

EVOLO X is the sixth phase of the project

Proment began development on Pointe-Nord in 2007. Within five years, Pointe-Nord will occupy a total area of one million square feet and will include some 1,600 properties worth approximately $700-million.

The neighbourhood currently numbers about 1,200 residents. EVOLO X is the sixth phase of the project. Other buildings in the neighbourhood include Zuni, a loft-style building with commercial retail on the bottom; EVOLO 1 and EVOLO 2, both 30-storey towers that are 100 per cent occupied and sold; and EVOLO S, a 25-storey tower currently under construction.

Gewurz recalls that when Proment began looking at developing Pointe-Norde, his father – Samuel Gewurz – had been doing high-rise residential constriction for over 30 years. “But we had never done mixed-use and more urban development,” Gewurz noted.

In preparation for the development, he and his father travelled around North America and Europe and met with the “best master planners” to learn how to build a community, “a place with charm and a soul, and where there’s walkability and a human scale with public parks and paths.”

Gewurz said his father has always been ahead of his time. “He never came to development as a developer looking to make a quick buck.”

Instead’s Samuel’s father had invested in land and Samuel got involved in development to figure out what he could do with the land to create value and that might stand the test of time, according to Gewurz.

The neighbourhood will receive light rail transit in 2021

The commitment to sustainability runs deep in Samuel. Nun’s Island contains a forest in the middle of it with walking paths. Gewurz said not many people know that in 1988 the forest was zoned for development, but Samuel approached the city and, even though he had the right to develop the land, got them to buy and preserve it as a green space.

“So my father has always been looking at protection and preservation with a strong sense of values, and quality of life and quality of the environment,” Gewurz said.

By the time the building is ready for occupancy in 2020, work rebuilding the Champlain Bridge will have been completed. The bridge touches down on Nun’s Island before reaching the Island of Montreal.

Gewurz said that’s why Pointe-Nord residents have such great access to everything. “We’re three minutes from downtown.”

As well, in 2021 light rail will be added, with a station in the Pointe-Nord neighborhood. “So when that light rail comes on, people I think understand the value that they’re getting with a building like this being delivered with all the things that are coming by 2020,” Gewurz said.