Smart building technologies are giving companies a green edge when it comes to creating and renov... 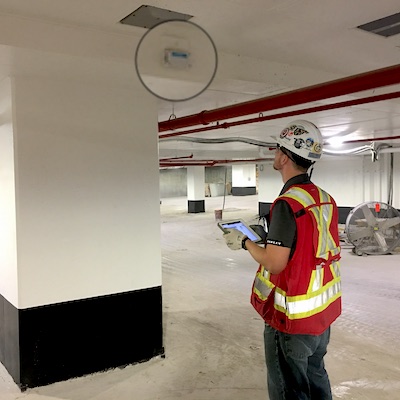 Smart building technologies are giving companies a green edge when it comes to creating and renovating projects, saving construction contractors time, energy costs, and the need to redo some tasks.

PCL Construction has gone so far as to create its own Job Site Insights platform (JSI) to manage its projects.

“It’s the most cost-effective way,” said PCL’s manager of digital construction John Boktor. “Most other contractors in the industry would be using a third-party platform.”

PCL is one of Canada’s largest construction contractors. Its annual construction volume totals $9 billion across markets including building, heavy industrial and civil infrastructure.

How does the technology work? JSI offers up a dashboard view by using cloud-based Internet of Things (IoT) technology and embedded sensors to capture job site information.

The idea came about five years ago, when PCL implemented a tech strategy.

“It made sense to create our own internal platform that’s holistic, and it combines data and analytics into one single source, rather than so many separate sources from so many separate vendors,” said Boktor.

The new construction technology is being used on seven major projects across the company in five main districts, Boktor confirmed: “and we’re hoping by the beginning of 2020 will be on at least one project in all 29 districts.”

It’s located one block south of the city’s main transit hub, Union Station. The project is scheduled for completion in summer 2020.

The smart construction system features one gateway with four JSI sensors on each floor.

Overall, there are more than 200 sensors on site.

“We’re measuring and monitoring temperature and humidity, and water and flood mitigation through the sensor technology,” Boktor said. “Basically, we strategically put those within the building . . . to gain those metrics in just a planned way.

“We put them in mechanical rooms, electric high-voltage rooms, and then throughout the site to give us that insight that we need about the project.”

Each gateway relays data from the sensors to the cloud, allowing the construction team to access information remotely and in real time.

With JSI “we are able to monitor the temporary heating outputs while we build and maintain the specific temperature ranges required for concrete and drywall mud to dry correctly,” said PCL superintendent Tyler Brunke in a news release. “This has helped us to get our trades working on these areas quicker than initially scheduled because we know exactly when the concrete and drywall is ready.”

The benefits of construction site data 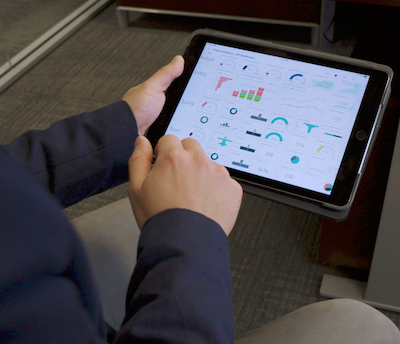 Data also helps reduce construction-related energy costs, such as the energy consumed by temporary heaters, and rework, which minimizes waste and saves resources.

“By gathering and analyzing JSI data, we can increase safety, efficiency, and productivity on our projects,” Brunke said. “We can see any potential issues–flood and leak detection, and temperature and humidity level–before they become a problem and deal with them proactively.”

If there’s a threshold set for heating “and it’s exceeded, we send a field engineer to investigate. All around, it gives us an in-depth idea of what’s going on while we’re building.”

This new technology can benefit contractors who are renovating, too.

“I would say it’s even more robust as a platform to be used for existing structures,” said Boktor.

In terms of measuring temperature, humidity or water control, aka flooding, “in an existing structure that actually makes more sense,” said Boktor. “The platform is agnostic — it can take any sort of IoT-enabled device in the construction industry.”

Data is streamed 24/7, running through the cloud via Microsoft Azure. “There’s more to come, so the platform is expanding on a month-to-month basis,” Boktor said.

Sometimes LEED and WELL programs “require certain particulate matters in the air when we turn over a build, and certain emissions in the building, so we have to attain those targets when we’re apply for LEED and WELL certificates,” he said. “Those type of things are not necessarily in the platform but they will be, so they’re coming relatively quick.”

Artificial intelligence (AI) is on deck, too. PCL is partnering with Alberta-based software firm AltaML to digitally build going forward.

“We’re exploring the use of on-site security cameras and monitoring cameras — so something that we already have on our sites, and we’re working with them to address how to gather the data properly and analyze it correctly and ingest it into JSI,” said Boktor. “So yes, [AI] is coming — but it’s not at this stage. It’s in the works.”

The partnership is expected to create solutions across PCL’s operations, including in the areas of business development, project planning, pre-construction, safety, quality, procurement, and job site operations.

The SKY Residences project in downtown Edmonton was one of the first PCL projects to be equipped with JSI sensors.

The platform enabled the team to adjust the typical 24-hour heater usage (a standard in construction during cold winter months) and turn heaters off for parts of the day.

This reduced natural gas heater usage by 46 per cent and electrical heater usage by 58 per cent. That’s the equivalent energy of nearly half-a-million litres of gasoline and the electricity usage of 43 homes for one year. The project saved approximately $250,000 in energy costs.