The Reframed Initiative has been launched to accelerate deep building retrofits that can help Can... 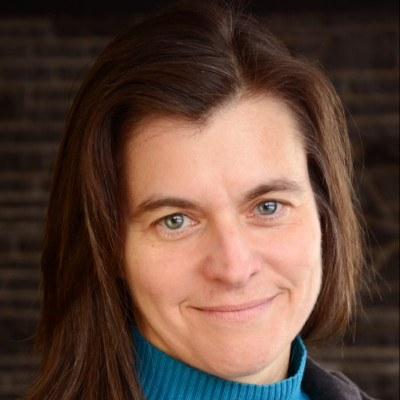 Betsy Agar is the senior analyst, buildings and urban solutions for the Pembina Institute (Courtesy Pembina).

The Reframed Initiative has been launched to accelerate deep building retrofits that can help Canada meet its net-zero emissions target by 2050.

Reframed is a market development initiative of the BC Non-Profit Housing Association, the City of Vancouver, Metro Vancouver Housing Corporation and the Pembina Institute.

Betsy Agar, senior analyst, buildings and urban solutions for the Pembina Institute, said it estimates Canada needs to invest $10-$15 billion a year into deep retrofits and electrification to reduce home energy demand, drive down carbon emissions, improve health and wellbeing, adapt homes to coming climate shocks and integrate them to work better with the electrical grid.

Ian Theaker, technical director, buildings and urban solutions at Pembina, said the Reframed Initiative is an attempt to build a deep retrofit industry of scale across Canada.

“We’re focused particularly on multifamily buildings,” he said. “We’re starting off with the Reframed Lab which has got six, three- to four-storey, wood-frame apartment buildings owned or operated by BC Housing and Metro Vancouver Housing in Victoria and Vancouver.”

“The Labs are putting together a series of workshops that will result in the schematic design and costs of these six buildings and looking deeply at ways to integrate co-benefits for these,” Theaker said. It’s important to ensure they create a model which can be utilized for many projects, rather than a “one-off custom basis”.

“Moving from a bespoke model to a more industrial model, that allows us to actually retrofit the thousands of buildings we need to before 2050 if we want to actually get to negative emissions.”

Agar said back in about 2016 and 2017, British Columbia was deeply into trying to figure out how to bring something forward like the Energy Step Code.

“By about 2017, it appeared that it was on its way,” she said. “We have existing buildings and we expect that upwards of two-thirds that are standing today will still be standing in 2050, which means if we are going to meet these net-zero emissions targets, there’s just no question around whether they have to be brought off of fossil fuel-based heating systems for both space and water.”

Much of what can be done is simple and well known — more and better insulation, a better building envelope to seal the leaks, particularly better windows. With mechanical systems, phasing out fossil fuel furnaces in favour of heat pumps, possibly heat recovery, as well as more efficient lighting, more efficient water fixtures and more efficient hot water systems.

“It’s really stuff that’s already out there,” he said. “The technology already exists.”

Agar said one of the key components of Reframed is that Pembina has dropped “energy” from its deep energy retrofit labelling.

“Not because we’re not trying to become more energy efficient,” she said. “We just think it limits what the idea is behind all of this.

“What we’re trying to do is take this opportunity, given that most of our buildings are built pre-90s, it’s a once-in-a-lifetime chance. Most of them need major repairs. They’re in their cycle.

“They’re probably preparing to replace things like boilers, need envelope repairs. What we want to do is make sure these are done as holistically as possible.”

The goal of Reframed is to have owners consider factors such as improving air quality and living spaces within their buildings, in addition to simply upgrading systems and operations. In a city like Vancouver, there is also another consideration: “Preventing collapse or even being able to keep the building up and operating after a seismic event.”

There is also the bigger picture of how buildings fit into a city’s energy grid.

“We also think this is a time to be helping our grids get ready for an electrified future, so these can be better integrated within the grid so they’re actually contributing to those demand-side management solutions.”

Billy said the Labs bring six leading design teams into a room together to participate in a workshop format with experts from a variety of other relevant fields.

“We’re bringing in these outside experts into the lab to kind of inform the design teams of these other things that are going on, other than just the actual nuts and bolts of building, and we’re doing that before they get to the detailed design,” he said. “So they’re kind of going to learn more about the co-benefits and integrating a more holistic approach.

“That’s why we’re doing it in a workshop; we don’t want them to sit down in isolation and just come up with a design. We want them to be building it piece by piece and we also want to be in partnership with these other design teams.”

The idea is for each of these sector experts to get external viewpoints and ideas which can improve the designs and other elements of the buildings.

“We expect to have six much better designs at the end of it that will not only be better for these six buildings, but will be replicable. We’re going to have some great ideas and then we can go after this and say, ‘look we’ve come up with some really great ideas that can start to be incorporated.’

“Stop treating these retrofits like really, really specialized one-off designs and more like we’ve got a template to do these better. Hopefully cheaper as well.”

The Reframed Initiative aims to scale up deep retrofits that integrate energy efficiency, decarbonization, seismic safety, and climate adaptation in multi-unit residential buildings. It is looking to collaborate with housing sector stakeholders, including building owners, designers, financiers and regulators, manufacturers, fabricators and suppliers.

“We’re trying to get those innovations in front of design teams,” said Agar. “We have a few different opportunities. We’re encouraging people to sign up on our website as deep retrofit solution providers and we’d like to map them there so people can find each other.

“We’re also asking folks to send in short innovation videos, just two to three minutes, pitching directly to those design teams saying, ‘Hey this is why you need to be considering our solution’ and it needs to be just enough that an architect goes, ‘I need to actually reach out to that person’.”

PropTech: Canada’s opportunity to lead the way to net-zero

David Harris Kolada Finance Proptech National Oct. 1 2021
M
Mario Toneguzzi Business reporter
Mario Toneguzzi, based in Calgary has 37 years of experience as a daily newspaper writer, columnist and editor. He worked for 35 years at the Calgary Herald covering sports, crime, politics, health, city and breaking news, and business. For 12 years as a business writer, his main beats were commercial and residential real estate, retail, small business and general economic news. He nows works on his own as a freelance writer and consultant in communications and media relations/training.