In late November Skyline Apartment REIT announced that it planned to use Wyse Meter Solutions Inc.’s SyNERGY utility expense management program in 345 of its multi-residential and commercial buildings. 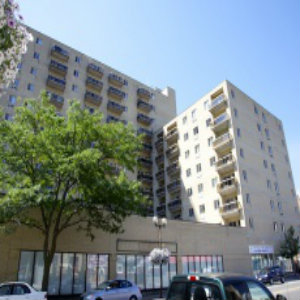 That means that Wyse will take over the auditing, analyzing, reporting and benchmarking of Skyline’s multi-million dollar utility expenses.

According to Peter Mills, the co-CEO of Wyse, the move should bring about an approximately 30 to 40 per cent reduction of the in-suite electrical consumption for Skyline.

By way of example, he described Toronto Hydro sending a bill to Skyline for a building equipped with one of their bulk meters.

“SyNERGY would handle that bill and make sure that Skyline is getting the best rate or correct rate structure, and make sure there’s no errors on the bill,” Whitaker said.

You can’t manage what you can’t measure

SyNERGY can also provide reports that can help clients see which buildings use the most energy and which use the least and if they have capital to spend can assist in making decisions around that.

“If it’s not plotted by something like SyNERGY, basically you can’t manage what you can’t measure,” Whitaker said.

Bill 135 will allow the Ontario government to request building owners to file energy conservation plans and would also require reporting on energy and water use.

Mills called Canada an energy-intensive country and noted as a nation Canada probably uses three times as much energy per capita than Europe.

“We really need to, on a global perspective, take a look at ourselves and how we’re using and managing our energy resources. We need to look for ways to be more efficient with what we use, so we’re having our least negative impact on the environment as possible.”

Wyse also looks after sub-metering in individual suites for institutional clients. He said many rental apartment buildings in Canada are bulk metered, meaning they have one main meter for the entire property.

After tenants pay their bills as part of their rent, they have no idea how much power they use every month.

Wyse installs sub-meters in buildings and bills tenants with a monthly statement that shows their consumption and costs. Mills said tenants then adjust their behaviour accordingly.

“The incentives are in the right direction because you use less, you pay less, and you’re not paying for the [power] abusers in the building.”

The company points out sub-metering is also good for the environment. If 100 suites are sub-metered, it’s equivalent to preventing 250 metric tons of carbon dioxide from entering the atmosphere.

The annual greenhouse gas emissions savings equal taking 52 cars off of the road.

Wyse is expanding into Western Canada

Mills’ first sub-metering project was back in January 2001 for a non-profit, multi-residential facility in Toronto.

Wyse Meter Solutions began in 2006 and Mills and his partner acquired the company in 2013. Since then they’ve expanding from sub-metering for 2,000 suites to nearly 100,000 across Canada.

The only two provinces they don’t operate in are Manitoba and Quebec because the electrical regulatory environment in both doesn’t allow sub-metering.

Their largest client is CAPREIT, but they have a who’s who of property owners and managers including Minto Group, Timbercreek Asset Management, and Brookfield, among many others.

Clearly, the company is doing something right: It showed up on Profit Magazine’s 2016 list of Canada’s fastest growing companies in the 29th position out of 500. Five-year revenue growth of 2,604 per cent propelled the company onto the annual ranking.

The company is expanding its Western Canadian presence. In June, it opened a new office in Vancouver, where it plans to provide sustainable energy management programs for new construction and retrofits in B.C. and Alberta.

The Vancouver office is the company’s third, joining offices in Newmarket and Mississauga in Ontario.