A new study benchmarks the Canadian clean technology sector against the United States and finds that Canada is coming up short. 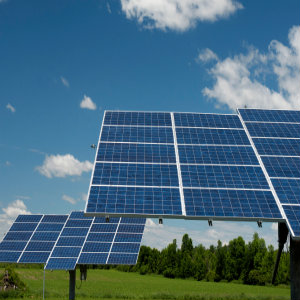 An array of solar panels in Ontario.

“There is intense global competition in the clean tech arena as nations strive to capitalize on the environmental, economic and social benefits derived from clean tech innovation,” said Leah Lawrence, president and CEO of Sustainable Development Technology Canada (SDTC).

“Given the significant investment in the area, we wanted to find out where Canadian clean tech may have an advantage.”

Titled Forging a Cleaner and More Innovative Economy in Canada, the study shows that Canada leads when it comes to research, particularly from academic institutions.

However, the country falls down when it comes to commercializing that research into market-ready technologies.

Furthermore, the study demonstrates that on a per capita basis, Canada lags behind the U.S. in both venture capital and debt financing, which the report says are “both critical components in helping companies innovate, scale up their operations and commercialize their technologies.”

Canada is behind the U.S. and China when it comes to clean tech commercialization

Lawrence said they’d been trying to understand where Canadians excel at clean tech and whether there is a way they could help support that along with broader innovation across all sectors.

“If we were going to target and understand more fully where our human capital and world excellence lies, where would it be,” Lawrence asked rhetorically.

She noted it’s one thing to have good research and publications – Lawrence said the report shows Canada is “world-class” in that regard – but it’s another to convert those over to patents and then into commercialized products.

“That’s really what we were trying to figure out: Are we converting patents, and the answer is no. We lag the U.S. and China even more so on a per capita basis.”

Lawrence said the challenge facing Canada is figuring out how to commercialize those patents.

“We have a critical mass of good start-ups, but the challenge is, which ones are ready to scale and when they do scale, will they have the intellectual properties to be able to do that on a world scale?”

Lawrence noted that SDTC has been in business 15 years and invested in about a third of the companies its believes to be in the clean technology space.

“I think Canada is really on the verge of not just having a robust start-up community for clean technology, but scale up as well and we can be world leading in that space and we should really focus and try to do that in the next five to 10 years.”

Lawrence hopes the study will both bring attention to Canada’s clean tech industry and help attract further funding for it.

The study was completed in the hopes that, with areas of weakness identified in the financing chain, Canada’s industry, government and investment sectors will be better able to work together and take action to make the Canadian clean tech sector competitive on a global scale.

That drop was the most compared to the other 24 largest exporting countries. In fact, when it comes to clean energy exports, the Czech Republic now beats Canada.

The analysis from Cycle Capital Management, SDTC and Ecotech Quebec found the Canadian clean tech industry possesses a number of strengths. They include a high level of academic publications; the emergence of specialized clean tech, venture capital teams; and some stand-out sectors such as biofuels and biochemicals.

Among the weaknesses the study cited was the high proportion of industrial patents that are owned by multinationals’ Canadian subsidiaries and not by companies originating within Canada; the relatively small size of Canadian clean tech venture capital funds; and the absence of a large specialized clean tech fund in Canada that could take a lead role on scale-up financings.

The study also reported that there is an absence of specialized large-scale, debt providers in Canada for early commercialization.