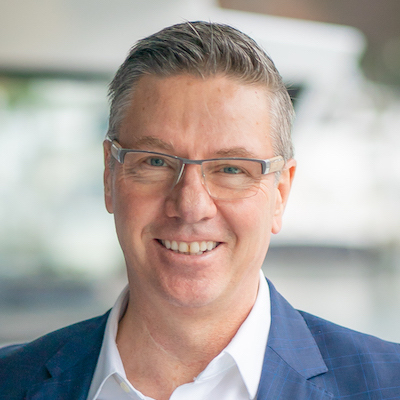 Nexii, a Western Canadian company with a patented new building material, is attracting major business leaders to its board of directors and advisory committee. Now based in Vancouver, Nexii is attracting increasing attention for its Nexiite building system.

“We believe we have the potential to make significant positive change,” said Nexii CEO Stephen Sidwell in an interview with Sustainable Biz.

New additions to Nexii’s board of directors include AECOM chair and CEO Michael S. Burke, plus business executives Ram Charan and Dennis Carey. Charan advises “many of the most significant companies in the world, and when it comes to business strategy, he’s it,” said Sidwell.

Dr. Ronald Sugar, chair of Uber and a board director at Apple, is joining Nexii’s advisory board.

The company’s proprietary and patented material is called Nexiite. Nexii (which rhymes with sexy) says it is a sustainable alternative to concrete for certain building applications, resulting in significantly reduced carbon emissions.

“This is a homegrown Canadian technology out of Moose Jaw, Saskatchewan,” said Sidwell, tracing the company’s formative roots. “(It) will create hundreds and maybe thousands of jobs across Canada, and at the same time it’s a technology — that is going to be exported around the world — that I believe Canada can be very proud of.”

The company does not release information about Nexiite’s composition, but it involves fused layers of the concrete-like material with traditional insulating materials. Major building components are prefabricated in its factory, then shipped to building sites.

Key benefits of Nexiite and the prefab process are cost efficient, zero-emission buildings; less waste in the manufacturing and construction processes; disaster-resistent, durable structures; and the ability to retrofit existing buildings. Nexii says the material is also 99.9 per cent free of ILFI Red List toxic materials.

“Why are all of these amazing people joining a little startup company in Vancouver?” Sidwell asked. “They are plenty busy, especially these days. So why would you do that?

“We believe we can have a significant positive impact on the planet on climate change, you know, be a catalyst for change in the global construction industry, and at the same time create a fantastic company.”

In terms of growth, Sidwell said Nexii projects 50 to 100 per cent—per year—for the next few years.

The ‘whole building solution’ works via Nexiite, which Sidwell calls the “magic ingredient,” and the Nexii design and assembly process,

“We prefab buildings in our manufacturing facility,” Sidwell said.

That includes completing foundations, floors, walls, roofs, doors, windows and other major components in the factory: “Complete interior and exterior finishing and then we flat pack and deliver to the job site and crane into place in 75 to 95 per cent faster build time,” Sidwell said.

This process eliminates the need for wood or steel framing, insulation, drywall, and exterior finishes. It can also be used as a standalone system throughout the entire frame of a building.

Sidwell said the cost is comparable to standard building materials and processes.

He said that means buildings are fire-resistant, water-resistant, earthquake and hurricane resilient, airtight and energy efficient.

It’s also suitable for the retrofit market, to improve the energy efficiency of existing buildings.

For now, clients find Nexii solely through word of mouth, Sidwell said, as well as media coverage about the company and the product.

“We have inquiries from all over the world right now, and we believe our product is needed,” he said.

Buildings are currently being produced across Canada, and there are pilot projects in the process in the U.S.

He said Nexii hopes to be manufacturing in the U.S. during 2021. Its first manufacturing facility is planned for the New York area, and it also has projects in California.

Sidwell is a serial entrepreneur who said he has founded companies in manufacturing, retail, real estate, investment banking, healthy restaurants, and food brands, raising more than a billion dollars in the process.

Nexii was founded in 2018 and its moniker came about in an unconventional way.

“We did a naming contest, if you will, amongst all the people that were involved at the time, including a marketing firm,” said Sidwell. Someone came up with Nexii “and we loved it.”