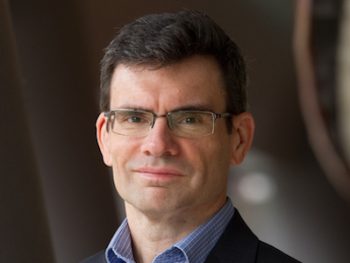 Chaudiere Bridge over the Ottawa River on April 27, 2019. The bridge which connects sections of the Zibi development was closed due to flooding. (Photo: Ann White)

It understandably drew attention when the team behind Ottawa’s blockbuster waterfront real estate development, Zibi, proclaimed it had nothing to fear from record flood levels which have affected hundreds of residents along the Ottawa River.

In the past three years, the National Capital Region has suffered two 100-year flood events, as well as record-setting tornadoes, with devastating consequences for hundreds of property owners in Ottawa, Gatineau and other communities.

These disasters have raised valid concerns about how changing weather patterns are impacting the severity of seasonal events. It’s not just Eastern Ontario – other parts of Canada have been experiencing their own weather-based challenges from increasingly destructive floods, storms and wildfires.

Speak with Jeff Westeinde and it becomes clear that Zibi’s 1,000-year claim is not a bold boast – it’s a by-product of careful planning, to find the best way to work with the natural environment.

Westeinde is president of Theia Partners, which is partnering with Dream Unlimited (DRM-T) to develop Zibi. This 34-acre site straddles the Ottawa River between the urban cores of Gatineau and Ottawa, to include part of the Gatineau waterfront and Ottawa’s Chaudiere and Albert islands. Zibi is a mixed-use development that will include four million square feet of real estate, with a price tag of $1.5 billion.

Let’s clarify how flood planning works. When we hear the term “100-year flood,” it doesn’t mean a flood this great will only happen once every 100 years. It means that each year, there is a one in 100 chance that the flood waters will rise that high. That’s why it is sometimes also referred to as a one per cent flood.

As Ottawa residents have learned this spring, suffering through such an event once (as happened in 2017) does not mean it won’t happen again for a century.

That one per cent flood mark is always being re-calculated, since every flood season adds new data. This inevitably leaves some margin for error and statistical variance. Hydro authorities on the Ottawa River watershed, the City of Gatineau and the City of Ottawa each have their own take on where that mark lies, said Westeinde.

Given that much of the Zibi site stands on bedrock that looms well above any 100-year flood mark, and even a 1,000-year flood mark (a one in a 1,000 chance each year that flood waters will rise that high), it only made sense for the developers to take advantage of those natural features.

“It really is about planning, and deciding to build at that higher elevation,” Westeinde said. “We calculated a mark where we were comfortable with whatever happens on this river.”

This made it easy to mitigate flood risk without incurring any great cost. At the same time, it pleases insurers who are understandably concerned with any development that will have flood exposure.

“We currently don’t have any assets that are anywhere near (this spring’s) flood levels,” Westeinde said.

Zibi a One Planet community

Zibi takes a much more proactive approach to responsible development and what Westeinde calls “climate resiliency” than just flood risk. This is the only One Planet community in Canada, as designated under the One Planet Living framework developed by Bioregional and the World Wildlife Fund.

One element in earning the One Planet designation is adapting to climate change and working to prevent it. Zibi will feature the region’s first zero-carbon energy system to ensure the community does not contribute to the problem of climate change. Another feature is a cooling and heating system which will employ post-industrial waste heat.

For Westeinde, this is a testament to what the private sector can do.

He agrees the development industry as a whole might stand for a little more encouragement to make more sustainable choices and build for greater climate resiliency in the face of increasingly volatile weather patterns. That encouragement could come in the form of higher standards and stiffer requirements from policymakers.

Industry, after all, is accustomed to adapting to regulatory changes.

“I am big proponent that it is at the regulatory level where you can have an impact,” he said. “People like us are choosing to go above and beyond regulation … this provides a great example to regulators that as a for-profit organization that is here to make money, we can find a viable way to do these things with some smart and intelligent planning.”

Leo Valiquette is a freelance marketing communications consultant and business writer, and former editor of the Ottawa Business Journal. He has also landed a publisher for his first novel, but…

Leo Valiquette is a freelance marketing communications consultant and business writer, and former editor of the Ottawa Business Journal. He has also landed a publisher for his first novel, but…