The International Financial Reporting Standards (IFRS) Foundation has signed a memorandum of unde... 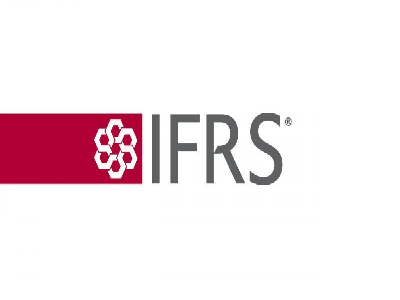 The IFRS announced plans to establish a International Sustainability Standards Board centre in Montreal. (Courtesy IFRS)

The International Financial Reporting Standards (IFRS) Foundation has signed a memorandum of understanding with the federal government and Montreal International to obtain funding for a sustainability standards centre.

A release issued by Montreal International, the city’s economic promotion agency, stated the financial reporting standards non-profit would seek to establish an International Sustainability Standards Board (ISSB) within the Canadian sustainability community in Montreal.

The ISSB is a sustainability standards group for the financial industry established by the IFRS Foundation. It was announced at the COP26 climate conference in November 2021, when the IFRS Foundation agreed to create a Montreal centre as part of a multi-location approach.

It attempts to address demands from investors and stakeholders to increase the transparency of the finance sector in regards to environment, social and governance (ESG) standards. Such policies would entail disclosing climate-related risks of the company.

‘We are thrilled to be launching the ISSB’s new office in Montreal — one that was made possible by the hard work and funding from dozens of Canadian public and private institutions,” said Chrystia Freeland, Canada’s deputy prime minister and minister of finance, in the release. “This new office will advance Canada’s role as a leader in sustainable finance, and help ensure Canada is at the centre of the ongoing global transition to net-zero.”

The ISSB will commence operations in June 2022 following a meeting of trustees, and appoint Jeffrey Hales and Michael Jantzi as its on-site staff. Hales is the former chair of the Sustainability Accounting Standards Board and Jantzi is the founder and former CEO of Sustainalytics, an ESG research and ratings firm.

Charles-Antoine St-Jean, president and CEO of CPA Canada, will serve as regional director of the Americas.

ISSB meetings are scheduled for October and December 2022, and an inaugural ISSB Symposium to be held in the future.

JLL plans for Montreal sustainability hub, to be net-zero by 2040

Tyler Choi ESG Carbon National Jun. 27 2022
Tyler Choi Business editor, Sustainable Biz Canada
Tyler Choi is a journalist based in the Toronto area. He has covered a wide range of sectors ranging from science and technology, the environment, business, government policy and crime, to finance. Among the many people he has interviewed, his favourite was an Ig Nobel Prize winner.