Blindman Brewing will get financial assistance from the Province of Alberta to pilot a project to... 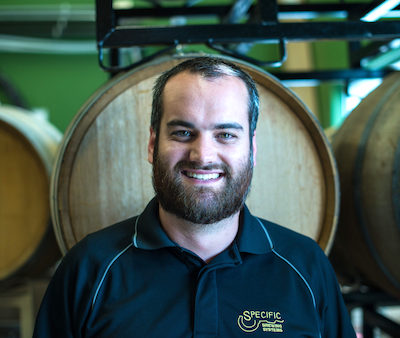 Blindman Brewing will get financial assistance from the Province of Alberta to pilot a project to reduce greenhouse gas (GHG) emissions created during the process by which your beer is made. Blindman will install carbon dioxide (CO2e) capture and reuse technology as part of its fermentation process

“Breweries are perfect for carbon capture because (we) both produce and use CO2,” said Kirk Zembal, the co-founder of Blindman Brewing in Lacombe, between Edmonton and Red Deer.

The CO2 capture device is designed by Earthly Labs in Austin, Texas, which creates products intended for smaller emitters such as businesses, homes and transportation. The firm has created a refrigerator-sized device outfitted with CO2 capture vessels, control and monitoring software and storage to transform mixed gas waste from fermentation and brite tanks into liquid for instant reuse.

“In fermentation we have yeast eating sugar and turning into ethanol, alcohol and CO2. The CO2 being produced is by itself, no nitrogen or oxygen produced,” Zembal said.

Blindman will receive funding from the Government of Alberta’s Emissions Reduction Alberta (ERA) program, which funds solutions to reduce GHG emission in the province. It was one of 17 early-stage technology innovations selected for the program earlier this month under the Food, Farming, and Forestry Challenge.

ERA is committing $33 million for the projects, which have a combined value of $107 million in public and private investment. If successful, the technology innovations are expected to lead to cumulative GHG reductions of up to 2.7 million tonnes of CO2e by 2030, according to information published by ERA.

All recipients including Blindman Brewing will have to produce public reports of their results, which Zembal said made him excited about joining the program.

“We want to prove out this technology and get all this data out to other breweries,” he explained, “so anybody knows they can cut their carbon emissions and invest in equipment that will pay for itself within a couple years.”

The government is providing about half the required funding, $102,000, with the brewery paying the rest.

Zembal said the technology will be the first of its kind to be used in a craft brewery in Canada. Larger breweries have similar technology in place already, but this will show the other 1,100 craft breweries across the country they can be sustainable, too.

Zembal believes if Blindman can prove its effectiveness on an environmental level, other craft brewers will get on board because the community is often focused on doing things in a holistic manner.

“There’s a craft beer ethos that we want to do better just in every way whether it’s quality, whether it’s for our world, or those than inhabit this world,” he said.

It’s been six years since Zembal opened the doors at Blindman Brewing, riding the high of the craft beer boom. As he has expanded the business, he’s also been focused on ways to make it more sustainable.

Earlier this month, Blindman partnered with other local breweries through the Alberta Small Brewers Association and started Canada’s first widespread reuse and recycle program for the PakTech plastic carriers which are snapped onto cans purchased at brewery stores and taprooms in the province. The initiative will ensure the carriers, which often are discarded in the trash despite being made of high-density polyethylene plastic, can be reused.

Zembal said being a part of this pilot project will promote a more circular packaging cycle, and reduce waste.

That’s not the only green initiative the brewery involved in; in the coming months, Blindman’s brewery will be outfitted with solar energy panels.

“People care about what they put into their bodies and what companies do. We want our business to reflect values that show we care about the earth and one another,” he said.

Not only will the carbon capture technology reduce and lower carbon emissions, but Zembal thinks the investment would likely pay for itself in under three years.

During 2020, he said Blindman spent $60,000 on carbon. For many breweries, that cost can be much more significant. He thinks it will be a financially beneficial decision to incorporate this technology.

“We can capture carbon, clean it up, compress and then reuse it in our process. We’re cutting our carbon emissions and becoming more financially viable at the same time,” he said. “We have to jump on these [opportunities].”

Zembal, who spent the better part of his early career working in the oil rigs during the boom in Alberta’s oilpatch, always wanted to be in the brewery business. When he eventually was able to open Blindman Brewing, he wanted to create a culture in which employees are focused on creating a healthier and more sustainable planet while making a great brew.

“Everybody is invested, they all care about this and we’re a collection of people who care about the planet they live on,” said Zembal.

Derek Clouthier Waste EKS Alberta Apr. 1 2021
Ahmar Khan Journalist
Ahmar Khan is a journalist based out of Toronto, Ontario, who covers business, politics, race, sports and inequality across Canada. Khan has bylines in Yahoo News, Politico, the Toronto Star and previously worked for CBC and CTV as a reporter and producer at the local and national levels.