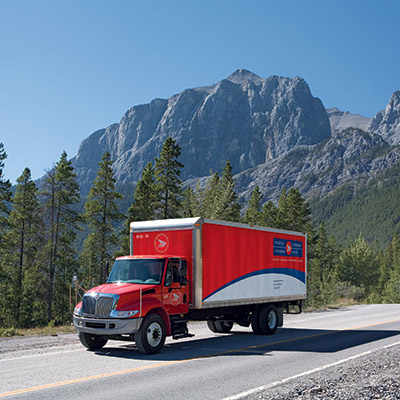 Canada Post Corp. is committing $1 billion to cut greenhouse gas emissions and transform its 14,000-vehicle fleet to non-emitting vehicles, part of its commitment to reach net-zero by 2050.

As part of this announcement, the company showcased electric and low-emission vehicles, including some it’s piloting. Canada Post is launching a trial of a low-speed vehicle — with a maximum speed of 40 kms — on a postal route covering neighbourhoods west of downtown Ottawa.

The vehicle will be used in delivery and collection for a year to evaluate its performance and safety.

“Canada Post has one of the biggest fleets in the country, over 68,000 employees, a significant real estate portfolio, and an extensive supply chain. The challenge ahead is great, and we know the greening of our transportation is critical,” said Doug Ettinger, Canada Post’s president and CEO, in a prepared statement.

“That’s why we’ve committed to net-zero operations and a fully electric fleet by 2040. I’d like to thank our bargaining agents for their continued engagement and collaboration on this important step forward for the company.”

Canada Post has also committed to a 50 per cent reduction in Scope 1 and Scope 2 GHG emissions by 2030, measured against 2019 levels.

The target is built to meet requirements of the Science Based Targets initiative, which aims to limit global warming to 1.5 Celsius above pre-industrial levels. Included is a goal to reach 100 per cent renewable electricity for Canada Post facilities by 2030. Currently, 84 per cent of its purchased electricity is considered renewable.

The emissions reduction targets extend to Canada Post’s vendors as well, with a target of 67 per cent of vendors by spending total, and 100 per cent of its subsidiaries, adopting a science-based target by 2025.

In May, Canada Post unveiled the Albert Jackson Processing Centre, its latest sorting facility in Toronto.

The 585,000 square foot, $470-million facility will be its first zero-carbon building and the largest industrial project in Canada to meet the Canada Green Building Council’s Zero Carbon Building Standard designation.

Expected to be operational in early 2023, it will be able to process over one million packages a day at full capacity. The facility will sort more than 60,000 packages per hour – 50 per cent more than its existing Gateway facility in Mississauga, currently the company’s largest parcel plant.

The facility will have “efficient HVAC, solar photovoltaic technology, and sensor-controlled light fixtures that dim based on occupancy and daylight harvesting.”

During construction, it diverted over 90 per cent of its waste every month during 2021.

The facility’s namesake had been born into slavery and found freedom in Canada in 1882 after his mother fled north on the Underground Railroad. Jackson was hired as a letter carrier in Toronto and is believed to have been the first Black letter carrier in Canada.

This is broken down into one battery-electric vehicle, 1,486 hybrid vehicles as well as 120 propane and compressed natural gas vehicles.

Other sustainability goals in the report include plans to “eliminate all unnecessary single-use plastics by 2022 and to divert 90 per cent of our total operational waste by 2030.”