Carbon Streaming Corp. has an agreement with a Restoration Bioproducts LLC subsidiary to support... 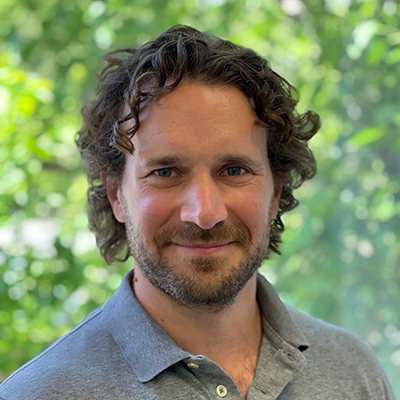 Carbon Streaming Corp. has an agreement with a Restoration Bioproducts LLC subsidiary to support the construction of a biochar production facility in Virginia.

The company also announced a near-$25.5 million investment in a clean cook stove and safe water investment portfolio with Community Carbon and UpEnergy Group in eastern and southern Africa. This marks its first investment in such ventures; up to this point, it has actually been conducting the projects.

Biochar, or biological charcoal, is produced by heating organic feedstocks in a limited-oxygen atmosphere. This produces carbon that can be used for sequestration purposes.

“You’re taking wood waste that would otherwise degrade and emit carbon into the atmosphere and you’re converting it into biological charcoal,” said Justin Cochrane, Carbon Streaming’s founder and CEO in an interview with SustainableBiz. “You’re converting this residual from a sawmill and putting it into a useful product that will store carbon for, in some cases, over 1,000 years.”

The agreement is the company’s first involving biochar, as well as its first carbon stream in the U.S.

Carbon Streaming (NETZ-NE) will contribute an up-front investment of $764,000 to Lynchburg, Va.-based Restoration, with additional milestone payments of $955,000 to be paid over the term of the agreement.

“Although it is a small investment, it is intended for us to scale this to 10, 20 (or) 30 different projects throughout North America,” he said. “Really, to scale the production of biochar throughout the Americas.”

The project is expected to remove over 161,000 tonnes of CO2 equivalent emissions (tCO2e) over its 25-year life and generate an equivalent number of CO2 Removal Certificates. Per year, that translates to 6,500 tCO2e.

The CO2 Removal Certificates (CORCs) are to be verified under the independent Puro.earth standard. Carbon Streaming will receive and sell all CORCs, with payment made to Restoration.

Puro.earth was spearheaded by Finnish state-owned energy company Fortum. In May 2019, it held its first carbon auction, and in 2021 NASDAQ purchased a majority stake.

Toronto-based Carbon Streaming, formed just over two years ago, offers exposure to carbon credits. It works by investing capital in what had previously only been conservation, direct-air carbon capture, or reforestation projects around the world in exchange for the carbon credits. Carbon Streaming then sells the credits to global buyers, with 80 to 90 per cent of the revenue shared back with the project developers.

The majority of the biochar will be used in agricultural applications to deliver soil enhancement through increased water, nutrient retention and ammonia reduction.

The two companies were brought together by a consultant on Carbon Streaming’s advisory board who had known Restoration’s team for several years. Restoration was looking for capital to expand.

“This is a project that has been in our pipeline and something we’ve been working on for several months. It wasn’t necessarily by design that it would be a U.S. biochar project, but I think it’s quite fitting that it is,” Cochrane said. “The Restoration Bioproducts team is a very experienced team and I believe they’re the right partner for us.”

Carbon credits from the investment portfolio will be generated from three cookstove and four safe water projects — starting with 3.5 million clean cookstoves and water purification devices — across Uganda, Mozambique, Tanzania, Zambia and Malawi. Over its 15-year lifespan, the goal is to reduce 50 million tCO2e.

“What we’re measuring is the carbon savings from reduced boiling of water. Although it’s not necessarily a direct carbon project that many think of, but it is actually a carbon calculation,” Cochrane said. “At the same time, it prevents the need for women and children to be out foraging for wood fibre and the time and energy spent boiling water to make it safer for drinking.”

Carbon Streaming will make an up-front cash investment of $8.2 million on closing, with additional payments of around $17 million as emissions reduction milestones are achieved.

Community Carbon was launched earlier this year by UpEnergy to develop technologies that fight both climate change and poverty. These cookstoves are the first of seven planned energy-saving projects. Since its 2011 founding in Uganda, UpEnergy has operated carbon projects resulting in about three million tonnes of emissions reductions.

Cochrane has expressed interest in working with UpEnergy and Community Carbon on more projects, proclaiming the former as having “one of the best reputations in Africa for cookstoves.”

All credits except those in Tanzania will be verified under the Gold Standard, created by the WWF in 2003. Gold Standard says it has issued over 191 million carbon credits in 98 countries, creating over $28 billion in value. Tanzania’s credits will use Verra, which has issued 929 million credits across 1,804 projects.

Carbon Streaming’s involvement will also see the creation of a Community Carbon Fund, supported jointly by both companies. The fund will contribute a portion of the carbon credit sales revenue to additional programs, starting with initiatives for girls’ education. The first of these separate projects is set to begin in the third quarter of this year.

This latest project marks Carbon Streaming’s 10th investment. Cochrane is excited about the incoming pipeline in 2022 and beyond.

“We now have seven full-time people on our investment team, which I think is probably six more than anybody else in the carbon space,” he said.

During a recent earnings call, the company stated it has at least five additional investment opportunities in late-stage due diligence and negotiation, or for which it has executed non-binding term sheets.

Jordan Maxwell Carbon Carbon Credits International May. 19 2022
Nicholas Sokic Business reporter
Nicholas Sokic is a freelance, Toronto-based journalist. He has covered a number of sectors, including business, finance, crypto, health, cannabis and culture. He graduated from Western University's Master of Media in Journalism and Communications program in 2019.