Chandos Construction commits to net-zero by 2040

National commercial builder Chandos Construction announced a commitment to be net-zero by 2040. T... 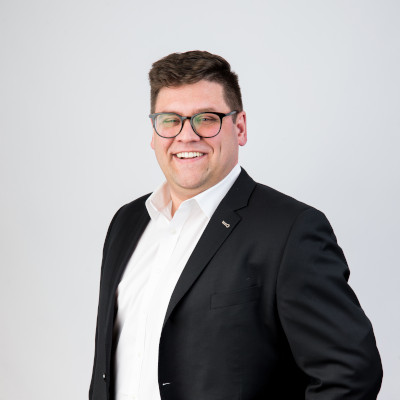 Tim Coldwell is the president of Chandos Construction. (Courtesy Chandos)

National commercial builder Chandos Construction announced a commitment to be net-zero by 2040.

Tim Coldwell, the company’s president, said this is a massive, complex problem facing the construction industry and achieving net-zero emissions across its entire portfolio of projects will not be possible without long-term partnerships and commitments.

“It’s the right thing to do,” said Coldwell, who has been with the company for 20 years and four years as its president. “The science is clear. We need to address the climate crisis.

“In Canada, something like 30 per cent of Canada’s footprint as a country comes from emissions from the built environment, and I think contractors have a great opportunity to lead on this.

“The other side of it is that Chandos has a long history of being early adopters to change in the industry. Back when it was sustainable buildings and LEED certification, we built some of the first ones. We’ve always been right at the edge of it and frankly it’s a way to differentiate. Our clients want it and we’re one of the few contractors that embraces it early. That’s our thing. We’ve always been leaders on that front.”

To kickstart that commitment, Chandos purchased UN-certified carbon credits to offset the carbon emissions generated by its 2020 operations.

It has initiated a carbon-reduction plan that includes the planting of 6,900 trees next year and the use of electric equipment on job sites and electric vehicles in its fleet. Chandos also uses virtual design and construction to reduce carbon emissions during the construction process. The company has a goal of working with clients and design partners to significantly reduce operational carbon emissions from energy code baselines.

Coldwell said one of the biggest areas of impact is to reduce embodied carbon in buildings it constructs. Embodied carbon is all the greenhouse gas (GHG) emissions associated with building construction. Chandos cited Architecture 2030, a non-profit, non-partisan and independent organization established in 2002 in response to the ongoing climate emergency, which states that embodied carbon will be responsible for almost half of total new construction emissions between now and 2050.

Coldwell said Chandos is committed to reducing its embodied carbon intensity by 15 per cent each year to be net-zero by 2040.

“As a contractor, the embodied carbon of the work we put in place each year is equal to our emissions footprint as an organization. To achieve net-zero, Chandos must work with our supply chain to get embodied carbon to zero over time. This requires leadership from contractors, owners, designers, trades and material suppliers,” he said.

Coldwell said Chandos’ current annual footprint from its operations is about 5,700 tonnes of emissions. When he includes all of the company’s subcontractors and what they do, that’s another 150,000 tonnes.

“We need to lead by example on our own footprint which is why we have some pretty strong practices in terms of consumption and we’re using carbon offsets to offset that,” he said. “With our subcontractors, it’s really about embodied carbon. As an industry we need to be able to build buildings with zero embodied carbon.

“The whole industry together needs to figure out how to do this.”

Coldwell said the way it works with most of its projects is that Chandos goes out to the market and procures the subcontractors for different work needed in the construction process. After proposals are made, Chandos sits down with its clients and jointly selects which contractors they will hire on the project.

Chandos was founded in 1980. The 100 per cent employee-owned company has 600 field and office staff in Calgary, Edmonton, Kelowna, Ottawa, Red Deer, Toronto and Vancouver. It is also the first and largest B Corp Certified commercial builder in North America.

Chandos and Coldwell recently attended two important conferences on climate change and sustainability — the 26th UN Climate Change Conference of the Parties (COP26) in Glasgow and Vision 2045 in Edinburgh, which discussed the UN’s sustainable development goals.

PropTech: Canada’s opportunity to lead the way to net-zero

Mario Toneguzzi Energy Net-zero National Oct. 6 2021
M
Mario Toneguzzi Business reporter
Mario Toneguzzi, based in Calgary has 37 years of experience as a daily newspaper writer, columnist and editor. He worked for 35 years at the Calgary Herald covering sports, crime, politics, health, city and breaking news, and business. For 12 years as a business writer, his main beats were commercial and residential real estate, retail, small business and general economic news. He nows works on his own as a freelance writer and consultant in communications and media relations/training.