Recent electric vehicle (EV) news has been dominated by a flurry of funding announcements for cha... 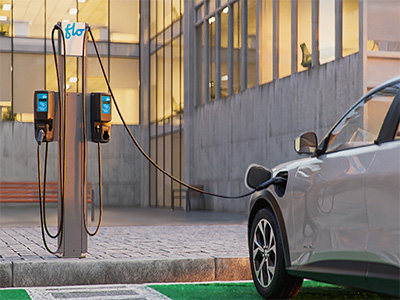 Recent electric vehicle (EV) news has been dominated by a flurry of funding announcements for chargers across the country. The announcements were spurred by the federal government’s declaration of July 11 to 15 as #EVWeek.

It began with an investment of over $2.5 million in the Manitoba Motor Dealers Association and the national non-profit Eco-West Canada to help support the installation of up to 400 EV chargers in Manitoba and Saskatchewan. The chargers are expected to be installed by the end of 2023.

ZEVIP is a $680 million program meant to address the lack of charging and refuelling stations for zero-emission vehicles, one of the major barriers to consumer adoption of the vehicles. This year’s federal budget provides an additional $400 million to Natural Resources Canada for the program, extending it to March 2027.

The chargers will be installed across several mixed-use developments in Ontario with the company’s Synergy technology — meant to reduce strain on the grid by avoiding peak demand times. SWTCH Energy Inc. is co-developing the software while Signature Electric will install the hardware and supporting infrastructure.

Shell Canada also announced it will install 79 Shell Recharge fast charging points at 37 retail stations across Canada by the end of the year. It will be helped along with a $3.95 million ZEVIP investment. Shell Canada has 25 charging locations in the country currently.

“In Canada we are planning to have over 500 chargers by 2025, and globally we are hoping to have well over one million by 2030,” Kent Martin, Shell Canada’s general manager of mobility, told the Canadian Press.

Among the other announcements are Hydro-Quebec receiving $4.6 million for 840 chargers across the province; $2 million to P.E.I.’s provincial government for up to 250 chargers; $1.7 million to B.C.’s government and the City of Burnaby for 128 chargers; the Northwest Territories received $414,000 for 72 chargers; and the New Brunswick Power Corporation got $350,000 to install 52 workplace chargers.

Currently, Canada has about 16,000 charging ports in 6,800 locations, with 90 per cent of them in Quebec, Ontario and British Columbia. Transportation accounts for 25 per cent of total greenhouse gas emissions in the country.

By 2035, Canada plans to have only zero-emission light passenger vehicles on the road.

Under iMHZEV, the federal government will provide $550 million in funding for the purchase or lease of medium and heavy-duty trucks over the next four years.

All of the company’s (LEV-T) electric trucks qualify for the funding, and depending on the province, customers can stack their incentives.

Previously in June, SustainableBiz reported on the Canadian and P.E.I. governments investing $6.5 million to purchase 35 electric school buses from the Saint-Jérôme, Que.-based company in the 2022-23 fiscal year.

Coil Driver technology from Calgary-based Exro (EXRO-T) acts as a replacement for the traditional inverter.

An October 2021 report from independent third-party tester AVL states the Coil Driver, in development since 2016, has a “motor (that) generates significantly more torque . . . It is also observed that the switching between different modes is seamless.”

Exro is also building another manufacturing facility in Mesa, AZ.

The update also stated the company’s announcements from May are proceeding as planned. That includes an agreement with Vicinity Motor Corp., starting with 100 Coil Drivers for Vicinity’s (VMC-X) Lightning buses, along with a production slot, system pricing and commissioning services.

The other announcement was with ev Transportation Services, Inc., (evTS) a Boston-based specialty electric vehicle manufacturer, to supply 1,000 Coil Drivers beginning in 2023 for use in evTS’ 2023 FireFly vehicles.

FLO president and CEO Louis Tremblay has been appointed to the board of directors for the Alliance for Transportation Electrification (ATE) — a consortium of utilities, automotive OEMs, EV vendors and NGOs across North America working to increase EV adoption.

FLO was founded in Quebec in 2009 as a subsidiary of AddÉnergie Technologies Inc.

Tremblay’s appointment has been effective since ATE’s June 27 board meeting in Charlotte, N.C.

The selection committee for the International Meeting on Lithium Batteries (IMLB) has chosen the Palais des congrès de Montréal to host its global conference in 2026, which the city last hosted in 2010.

“I was immensely pleased with the news. After supporting Montréal’s bid in 2010, it only seemed natural to get involved in the process of bringing IMLB 2026 to the Palais,” said Dr. Karim Zaghib, a Concordia University professor and chair of the IMLB 2026 in a statement on the selection.

“This conference will help broaden the reach of the Québec and Canadian ecosystem, and its supply chain of battery parts, as also promote the emphasis we are putting on the green circular economy within the field.”

Umicore to invest $1.5B for Ontario EV battery parts facility

Nicholas Sokic Energy Umicore Ontario Jul. 15 2022
Nicholas Sokic Business reporter
Nicholas Sokic is a freelance, Toronto-based journalist. He has covered a number of sectors, including business, finance, crypto, health, cannabis and culture. He graduated from Western University's Master of Media in Journalism and Communications program in 2019.